Boston, August 6, 2018, — Have you ever received a phone call from someone claiming to be an authority, saying that you owe money, and threatening to sue, arrest or deport you? 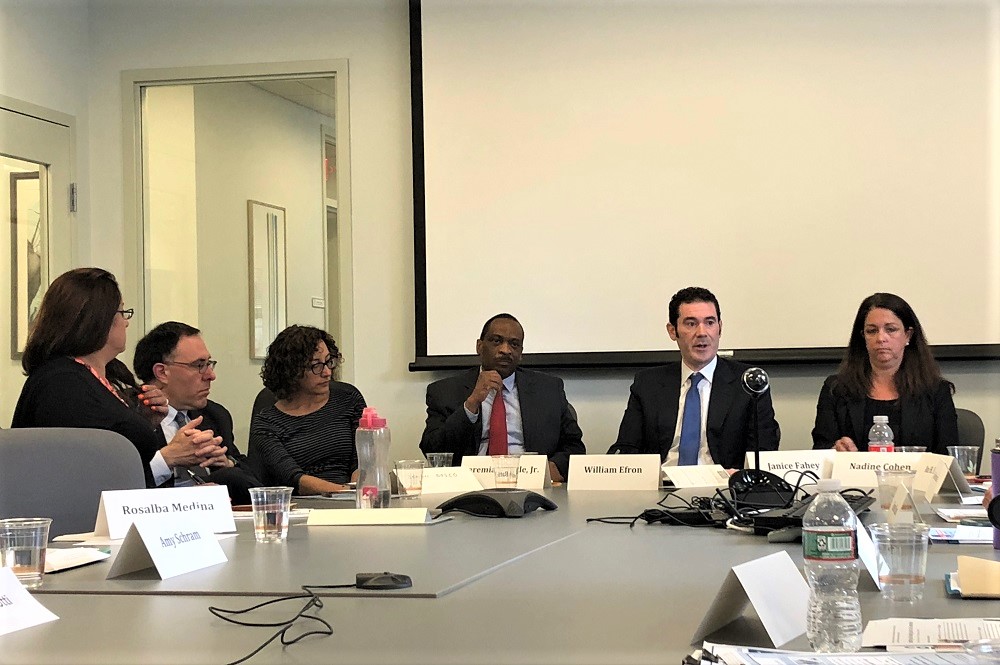 Picture from a recent FTC briefing on scams in Boston (photo by Olivia Bornstein).

You are not alone. A recent Federal Trade Commission (FTC) briefing on consumer fraud highlighted the scams are much more common than you think and anyone can be targeted.

While the caller ID may be from Washington, DC, the imposter may be living in your neighborhood. The scope of consumer fraud is vast and massive, affecting people from all walks of life.

In 2017 alone, the FTC received 2.7 million individual reports of scams, with the top three categories being debt collection, Identity theft, and Imposter scams.

In a press briefing hosted by the Federal Trade Commission, William H. Efron, the director of the Northeast Regional Office explained the reality of the situation. “As we know, much more fraud than this actually takes place” he said.

These scams are more often successful than one may assume. One in five people reported losing money to an imposter scam. Chances are, someone you know has had their money taken by an imposter.

One example of an imposter scam was provided by Janice Fahey, at the Massachusetts Attorney General’s Office.

“A retired Chinese woman received a call from the IRS claiming that someone had filed her taxes for her. They said that they were concerned for her other accounts and convinced her to wire money from another bank account to a bank account that was safe,” recalled Ms. Fahey.

As it turns out, the bank account that was “safe” belonged to a stranger trying to steal her money. The money transfers went on for several months, by the time she caught on to the scheme, she had lost nearly a million dollars.

These scammers are sophisticated, technologically advanced, and frighteningly convincing. Often, they will pose as the very authority figures that catch such schemes.

American immigrants are frequent targets and are identified by their common Chinese last names. In one instance where this happened, one woman was told, in Mandarin, that the Chinese embassy had recovered her passport at customs. The scammers told her; “don’t report it to us, you should report it to the local law enforcement, we will transfer you.” They transferred her to an accomplice that tried to steal her identity by asking for her date of birth, license number, and passport number.

Luckily, the woman caught on before she lost her identity and assets.

Using similar targeting, scammers advertise affordable travel for immigrants to travel back to their home country. It is common for the consumers to pack their suitcases, travel to the airport with their families, only to realize that there are no such tickets. This surprisingly common method hurts vulnerable people emotionally as well as financially.

“This is the gravity of the situation. We know this is happening. We always tell people not to answer the phone, but people always want to answer the phone.” Ms. Fahey oversees a Massachusetts hotline that receives upwards of fifty scam reports a day. “By the time you “catch” the scammer, you’ve already gone too far,” she said. “You’ve spent way too much time of the phone with this person. You’re now on what’s called “the sucker list. Don’t feel bad about that.”

Scams can happen to anyone at any age. Younger people in their twenties reported losing money almost twice as often as those over 70 years old. However, when elders take a loss, the amount of money stolen is much higher, with a median loss of $1,092.

“Some of these people were in a very vulnerable state because this is their nest egg, this is all they have,” said Ms. Fahey. Unfortunately, the Attorney General’s Office is witnessing a rise in complaints from elders regarding identity theft, some explaining that they have lost their entire retirement savings.

Although the FTC continues to crack down on unlawful debt collectors through aggressive law enforcement, more often than not, the recovery efforts only cover a fraction of savings lost. In 2017, 1.1 million of the scam reports made related to fraud, with a cumulative lost sum of 905 million dollars.

It is essential that people protect themselves. Some basic guidelines are if someone is asking for sensitive personal information, demanding that a quick decision, or threatening you; it is a scam. The best way to identify a scam is by the payment mechanism.

“A basic guideline is if someone is demanding that you pay them by wiring money, by buying a gift card, stop don’t do it, talk to someone first, it’s probably a scam, report it to the FTC.” said Mike Allison, from the FTC’s Consumer Business Education Division.

Mr. Effron and the FTC encourage everyone to speak up about their experiences; “We can only bring cases against the frauds that we know about. This is why it’s so critical that the consumers who fall prey to frauds report them. Consumers can report scams to the FTC online at FTC.gov/complaint, or by phone at 877-FTC-HELP.”

The more people talk to each other and look out for each other, the less successful the scammers will be.