Boston, Feb, 11, 2014, — 2014 City of Boston League Swimming Championships was held on February 5 at Madison Park Swimming Pool in Roxbury. The top summers from O’Bryant, East Boston and Latin Academy competed against each other for a fun-filled afternoon. 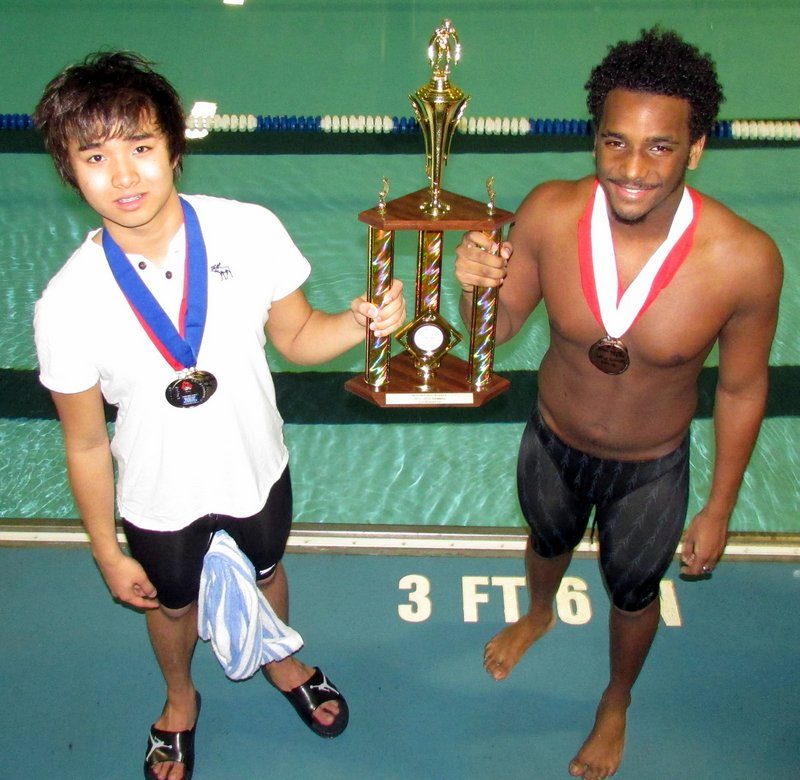 Justin Chung (left) holds the trophy with a teammate (provided by Jason Chung).

Boston Latin Academy (BLA) won the seven-straight swimming title in the city league. O’Bryant’s sophomore Justin Chung was disappointed not being able to beat BLA, but he acknowledged that BLA had a large and well-coached swimming team.

Jason Chung, father of Justin, was a long-time City of Boston employee, and was very proud of his son’s two gold medals.

“We need more Asians in the City become swimmers. This sport has a lot of fun, and opportunities for scholarships,” said Mr. Chung. He also mentioned that Justin had become a fit and strong kid after he started practicing swimming over past few years.