Boston, March 27, 2014, — Everyday after class, Baiyun Yao, a doctoral student at Boston University, goes to the gym to workout. Biking and jogging along the track, Yao is preparing for her first marathon race next month. While doing regular training, her presence is passionate but serious. 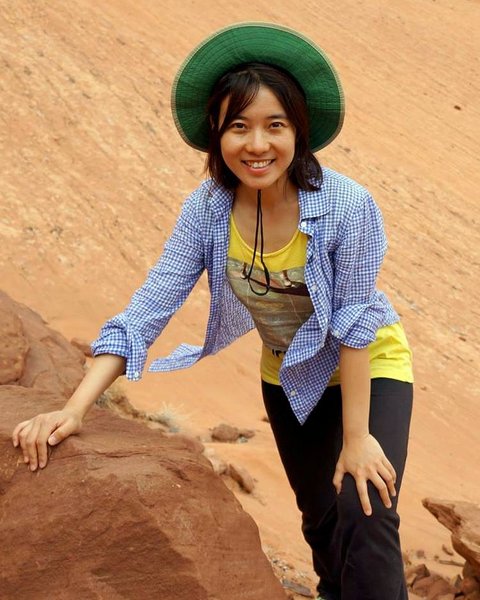 Baiyun Yao, who loves hiking, will run the 118th Boston Marathon on April 21 in honor of Lu Lingzi.

Yao has attended the Boston Marathon twice — as a volunteer and member of the audience. This year, she will run the 26.2 mile race to honor Lu Lingzi, the Chinese student who died in the marathon bombing last April.

Yao and Lu are very similar. They are both from China and came to BU in their twenties. They are also both passionate about sports and curious about the world. Even though Yao didn’t know Lu before the tragedy, they share so many similarities that Yao wants to use for her own efforts as a marathon racer to commemorate Lu.

Last April, Yao went to the marathon to cheer for her friends. Yao said most of her friends finished the marathon in three hours, so when the two bombs exploded, they already went home.

“I felt so lucky and beloved when I heard the news,” said Yao. After the explosion, Yao received tons of emails and messages from her family and friends, but it was not until two days later she learned from news that there was one Chinese girl that died in the bombing.

“It was such a sad story,” said Yao. “I was so shocked about Lingzi’s death.”

This February, right after the Chinese New Year, Yao read an article on BU Today that said Lu’s family was given slots by the Boston Athletic Association and they intended to donate the university five running spots (later increased to seven).

Yao applied after thinking about it for several days. She believes being a runner this year will be a great opportunity for her and the Chinese community at BU to commemorate their beloved compatriot.

As a Chinese person, Yao said she deeply understands how hard it is to travel all the way from China to the United States. “Chinese community at BU is like a big family. We will help Lingzi to finish her dream,” said Yao.

Sending a message to the terrorists is also a reason why she is running. She believes although the sad story had already happened, people cannot be beaten down.

“Whatever happened can only make us stronger than ever before. We are gonna fight this together,” said Yao.

Luckily, Yao was selected as one of the runners to honor Lu, and is ready to begin the journey. Among the seven runners, there are three Chinese girls who are like Yao.

Yujue Wang is a junior who is pursuing a bachelor dual degree in economics and finance. Like Yao, this year will be Wang’s first marathon as a racer. Wang said despite how sad and unforgettable the tragedy is, Lingzi’s passing has become her motivation and drive to reach the finish line of this year’s marathon. 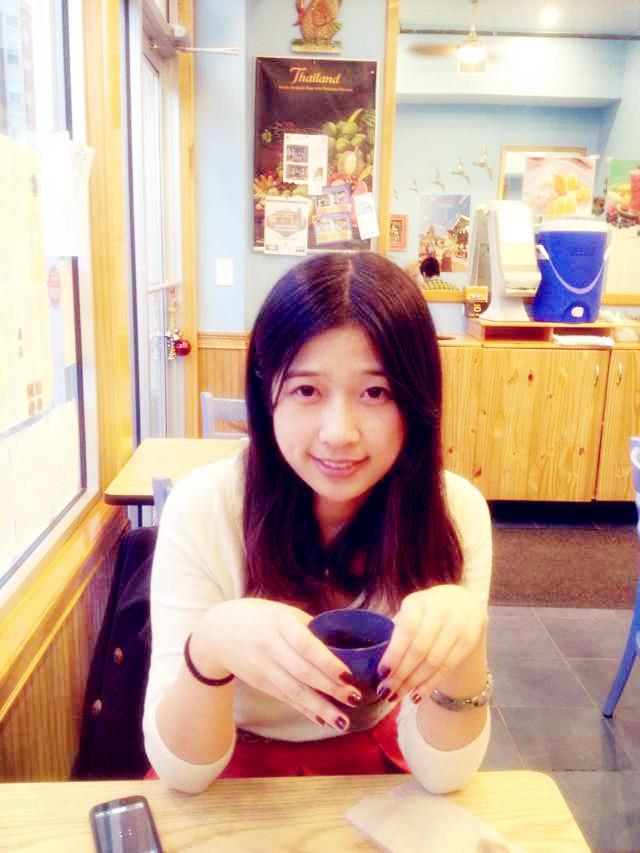 “Lingzi carries so many similar characteristics with all of us — international students coming all the way from China and nation builders when returning home,” said Wang.

Being the only child in the family, Wang’s parents concern about her physical capability of finishing the whole course marathon. “But they feel proud of me for taking on this honorary commitment,” said Wang.

According to BU Today, the money raised by the seven runners will go to the Lu Lingzi Scholarship Fund, which was created by Boston University Board of Trustees shortly after the tragedy. The scholarship aims to provide support to outstanding graduate students from China who want to come to BU. Now the fund has exceeded to $1 million and the donations are still coming.

Scott Nichols, the senior vice president for development and alumni relations, said to BU Today that it was the fastest fundraising he has ever seen.

Besides honoring Lu by running, Chinese Students and Scholars Association at BU (BUCSSA) are planing to hold a memorial ceremony with Marsh Chapel next month. Zhixiu Jin, the director of Media Department at BUCSSA said they want to make a giant paper crane for Lu.

Jin said in China, the paper crane has a meaning of “remembrance.” “We would like BU students to write down their notes on this giant paper,” said Jin. “Let it fly to the heaven and tell Lingzi how much we miss her.”

BUCSSA plans to put the paper crane in front of Marsh Chapel and everyone who wants to express his/her love is welcomed to stop by. The time and location of the ceremony will be announced later, but Jin said BUCSSA will try their best to provide those people who care about Lu a way to share their feelings and love.

“We are one community,” said Jin. “We will make our promise to move on with her spirit.”