BEIJING: At least 8,000 Chinese students studying in the US have been dismissed from schools last year. A majority 57 per cent were asked to leave because of poor academic performance, according to research done by an US agency that helps students to obtain admission in schools. 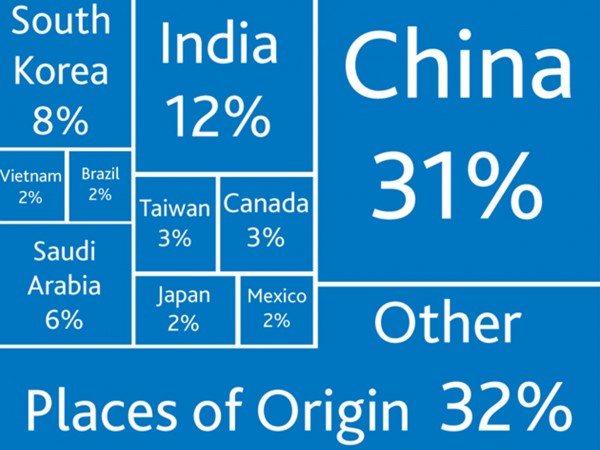 31% all international students in the US are from China(file photo).

The agency, WholeRen, released a white paper discussing results of a survey of Chinese students dismissed at all levels from 2013 to 2015.

The white paper said that academic dishonesty, including cheating in exams and plagiarizing, was the second-largest cause of dismissal, with nearly 23 per cent of dismissed Chinese students expelled for this reason.

Problems faced by the dismissed students include improper learning attitude, mental and physical problems that contributed to poor academic performance, according to the analysis in the white paper.

Maladjustment to the learning environment in the US and insufficient learning ability are also major factors, Andrew H Chen, chief development officer of WholeRen Education, said.

“Everything about the US education, from the curriculum system to the teaching approaches and question types in exams, is so different from China. It takes a lot of time and effort for students to adjust themselves to that, and some who can’t get used to it may fail,” Chen said.

Chinese media quoted a Beijing based expert saying that some of the students do not go to the US to study but to get experience of living in the US.

“Some students from rich families don’t go abroad for study but for the overseas experience,” Li Fengna, deputy director of the US department of Chivast Education International, an overseas study consulting agency in Beijing, said. Some students were dismissed for lack of knowledge about school regulations.

The number of Chinese students dismissed has been increasing in recent years, as the number heading to study in the US continues to grow.

“More related training and briefing should be given to these students, even though there are orientations at school in the beginning of the semester,” she said.