Toronto, Canada, Oct. 22, 2015, — History was made during elections on Oct. 19 in Canada. For the first time in Canada’s electoral history a Mandarin-speaking member of Parliament was elected as Liberal Party won a Landslide victory nationwide.

Now hailed by the Chinese Mandarin community members as their “true voice”, the Liberal party’s Geng Tan won the Don Valley North riding in Toronto with a solid 51.4 per cent of the vote. He trumped second-place Conservative incumbent Joe Daniel’s 37.8 per cent by more than 6,000 votes.

Tan’s win is not only a reflection of the Liberals’ landslide victory, but also proof of a momentum generated by the Mandarin community, which has been very supportive of Tan’s campaign.

Tan has promised that he will work hard to improve Canada’s relationship with China. “I also have responsibility to ask for more benefits for our Chinese community,” he stated during his victory speech. 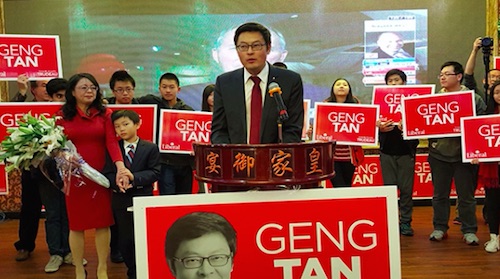 Mr. Geng Tan speaks at the victory party after the election (file photo).

Tan’s victory also sent shock waves across the border to the US. “Hopefully, my daughter Lindy will be elected as the first China-born Congresswomen next year,” said Richard Li. At 24 and fluent in Mandarin, Lindy Li (pictured below) is a candidate in the 7th Congressional district of Pennsylvania. 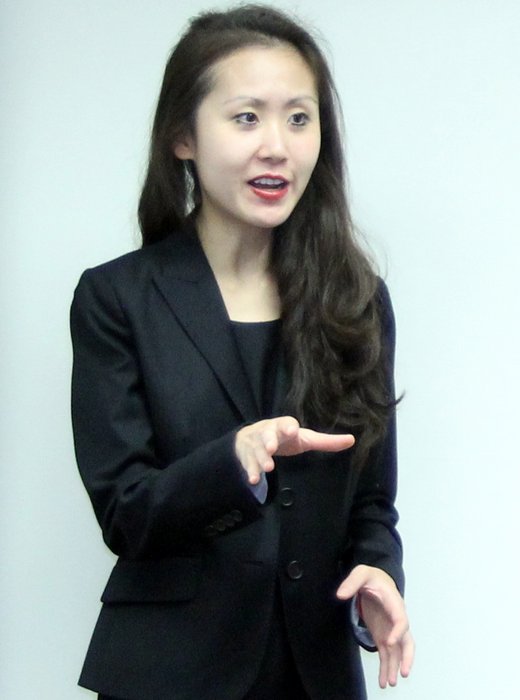 “As a research scientist, I agree with the views expressed in this open letter. Let’s work together to protect our democracy and values,” wrote Tan while sharing the open letter: 587 Canadian academics condemn Stephen Harper’s racial hate propaganda on his Facebook page just before the election.

Tan thanked many supporters, especially strong support from the younger generation, for their hard work during his campaign. “It’s never too late for us to make a difference in our communities. Volunteering provided me an opportunity to have my voice heard and become involved in my community. I am very excited to share my volunteer experiences and my message with you in this video!” wrote Annie H. when she posted the following video about her volunteer work for Tan’s campaign on Youtube.