December 9, 2015 – Cambridge, MA and Washington, DC – Multifamily housing construction has accelerated to its fastest pace in nearly 30 years but has still not been sufficient to meet surging demand. Rental vacancy rates are now at their lowest point since 1985 and inflation-adjusted rents are rising 3.5 percent annually.  With renter incomes stagnant, last year was another record-setting year in the number of renters paying more than 30 percent of their income on housing costs, according to the 2015 report on rental housing released today from the Harvard Joint Center for Housing Studies at the Newseum in Washington, D.C. While lower-income households are most likely to experience these cost burdens, the report finds that rental cost burdens increasingly afflict even moderate-income renters earning as much as $45,000 per year. 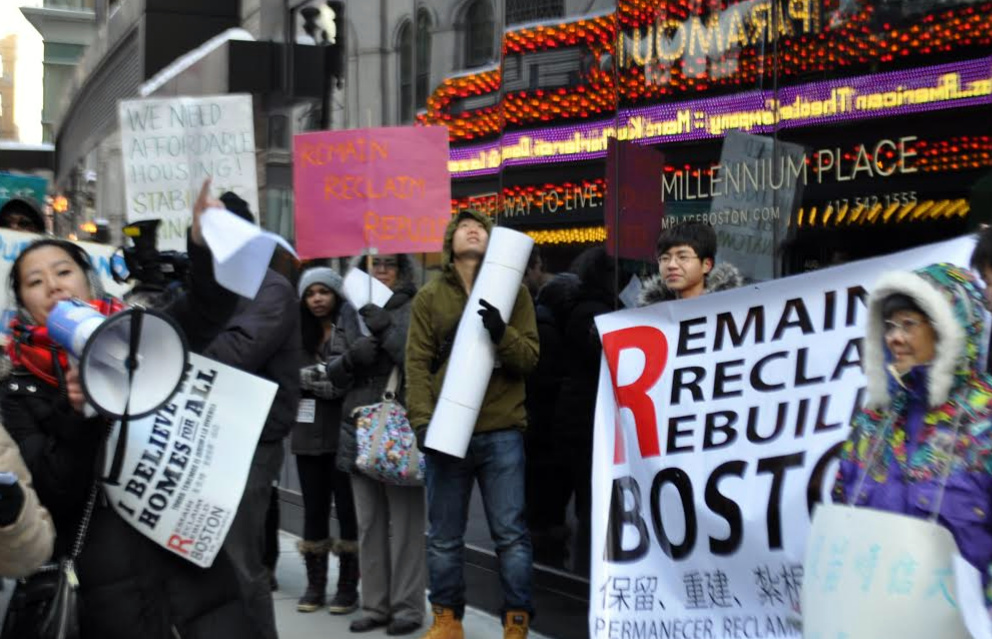 The report, America’s Rental Housing: Expanding Options for Diverse and Growing Demand, finds that 43 million families and individuals live in rental housing, an increase of nearly 9 million households since 2005 – the largest gain in any 10-year period on record. And the share of all US households that rent rose from 31 percent to 37 percent, the highest level since the mid-1960s. While the supply of rental housing has increased, primarily through conversion of formerly owner-occupied units and, to a lesser extent, new construction, rental demand has increased even faster. Rising demand has put upward pressure on rents and reduced vacancies; meanwhile, new additions to the rental market have primarily added units with above-median rents.

These trends in rental markets, along with a 9 percent decline in renters’ incomes since 2001, have pushed the number of cost-burdened renters (paying more than 30 percent of income for housing) up from 14.8 million in 2001 to 21.3 million in 2014.  Even worse, the number of these households that are severely burdened (paying more than half their incomes for housing) went from 7.5 million to 11.4 million, also a record. Overall, 49 percent of renters are cost burdened, 26 percent severely so. Both of these shares have increased substantially since 2001, when they stood at 41 percent and 20 percent, respectively.

Renter households with dependents and relying on a single income are especially likely to face severe cost-burdens, including 38 percent of single-parent families. Large shares of minorities are also severely burdened, including 33 percent of blacks, and 30 percent of Hispanics, compared with 23 percent of whites. The consequences are far-reaching: in 2014, lower-income households who paid more than half their incomes on rent spent 38 percent less on food, 55 percent less on healthcare, and 45 percent less on retirement savings than those living in affordable housing. The growing affordability crisis among lower-income households is not adequately addressed by rental subsidies, where households who qualify for subsidies far outstrip their availability by a ratio of 4 to 1.

“Record-setting demand for rental housing due to demographic trends, the residual consequences of the foreclosure crisis, and an increased appreciation of the benefits of being a renter has led to strong growth in the supply of rental housing over the past decade both through new construction and the conversion of formerly owner-occupied homes to rentals,” said Chris Herbert, Managing Director of the Joint Center For Housing Studies at Harvard, which publishes its report on the state of rental housing in the U.S. every other year. “Yet the crisis in the number of renters paying excessive amounts of their income for housing continues, because the market has been unable to meet the need for housing that is within the financial reach of many families and individuals with lower incomes. These affordability challenges also are increasingly afflicting moderate-income households.”

“Housing assistance programs have been unable to fill the gap, with some core programs subject to draconian reductions. The Low-Income Housing Tax Credit, which has not suffered the same cutbacks, remains critical to addressing both production and preservation of affordable rentals but by itself cannot address all need,” said Herbert.  “In 2015, rental housing in America is a tale of two markets, where upper-income renters are finding a healthier supply of housing choices and landlords and private sector investors are benefiting from higher rents, but too many families earning less than $50,000 per year are having to make trade-offs between putting a roof over the their heads and food on the table.  These negative trends are poised to go from bad to worse, as the most cost-burdened populations – minorities and the elderly – grow, and incomes continue to grow more slowly than rental costs.”

TRENDS AND THE OUTLOOK FOR RENTAL HOUSING

“More families are renting and too many of them are struggling as supply fails to meet demand and stagnant incomes fail to keep up with rising rents,” said Julia Stasch, President of the John D. and Catherine T. MacArthur Foundation, which provided principal support for the report and has invested more than $300 million to preserve and expand affordable housing and support more balanced housing policies. “The affordability of rental housing is a critical national issue that deserves more attention and more action from policymakers.”

The release event for America’s Rental Housing: Expanding Options for Diverse and Growing Demand, being held today in Washington, DC, will bewebcast live from 1:00 p.m. – 3:00 p.m. at www.jchs.harvard.edu and includes a panel that will be moderated by Emily Badger of The Washington Post, with housing experts Ellen Seidman of Urban Institute, Hipólito (Paul) Roldán of Hispanic Housing Development Corporation, Toby Bozzuto of The Bozzuto Group, and Chris Herbert of the Joint Center for Housing Studies at Harvard University.

Visit www.jchs.harvard.edu for the full event agenda, as well as Key Factsfrom the report.