China’s railways are busy ahead of the autumn holiday season, with millions heading home to celebrate the Mid-Autumn Festival and China’s National Day holiday with their families. The 11-day travel rush, began Thursday and runs until October the 7th. According to railway authorities, the total number of rail passengers is expected to hit over 75 million. 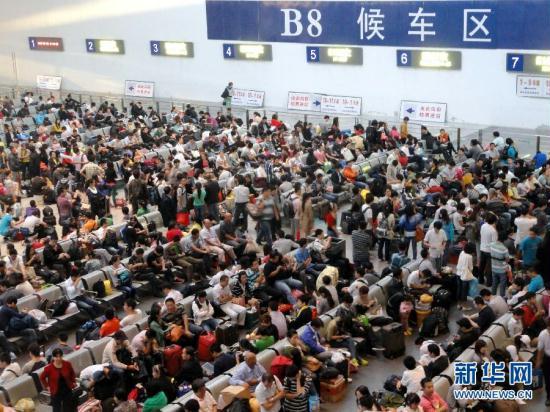 October the 1st alone will see an estimated 9 million people travelling by train, up 320,000 from last year’s National Day.

As the holiday season begins, people are rushing home to be with their families.

The vast demand has seen railway administrations across the country add trains to their schedules. But even so, most routes have sold out.