CAMBRIDGE, Mass. — Twenty-five years after the publication of Professor William Julius Wilson’s groundbreaking book, “The Truly Disadvantaged: The Inner City, the Underclass, and Public Policy,” Wilson and more than 20 leading social science scholars from throughout the country will gather September 14 at Harvard University.  The one-day conference, organized by Harvard Kennedy School’s (HKS) Malcolm Wiener Center on Social Policy, will focus on the latest thinking on poverty and economic inequality as outlined by Wilson in the afterword of his book’s second edition (The University of Chicago Press, 2012). 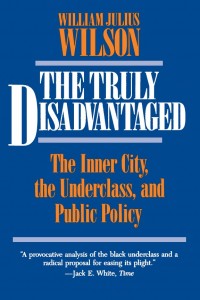 “By and large, the conditions described in The Truly Disadvantaged are not qualitatively different twenty-five years later,” Wilson writes. “There are still major racial differences in concentrated poverty… Unemployment and individual poverty rates have increased since 2000, and there is every reason to assume that concentrated poverty rates are on the increase again.”