(from chinadaily.com.cn) May 27, 2014, –China’s Consulate General in Los Angeles condemned the shooting rampage in Isla Vista, California, that killed six students at the nearby University of California Santa Barbara, three of them Chinese.

“The Consulate General expresses strong condemnation of this violent behavior. We are mourning and express our deepest condolences to the victims and their family members,” said a spokesman for the Consulate, who asked that he not be named, on Tuesday. He said they have kept close contact with local police, the school and student community to help identify the victims. 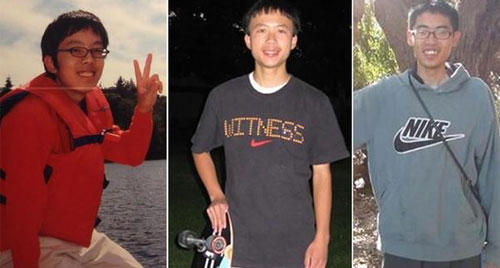 The university, which has more than 1,000 Chinese students, held a memorial service attended by students and community members Tuesday afternoon.

University of California President Janet Napolitano has also ordered flags to be lowered to half-staff at all UC schools through June 1 to honor the memories of the six students killed. A fund has been established to help the victims and their families.

Earlier Tuesday, the Chinese Students and Scholars Association at the UCSB sponsored a workshop where two American, Chinese-speaking psychologists helped Chinese students to deal with safety concerns, and gave safety tips, according to Song Gao, president of the association.

UCSB students talked to China Daily about the rampage on the night of May 23 in which police said Elliot Rodger, 22, knifed to death the Chinese students in his apartment and then shot to death the other students. 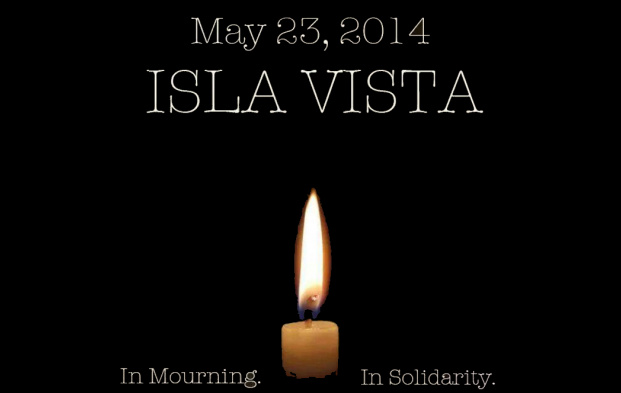 Police said eight people were wounded by gunshots and five others were injured. The Consulate said one of the injured was a Chinese student who was scraped by the car Rodger was in as he sought to escape. The student suffered minor injuries and has been released from the hospital, according to the consulate spokesman. Rodger died of a self-inflicted gunshot, police said.

“I have not spoken to anyone who knew any of the three deceased, but I can only say it was a case of being in the wrong place at the wrong time.” said Kevin Ray Li, a 21-year-old Chinese American and senior at UCSB. Li lives on the same street where Rodger first killed the three Chinese students, and said he was eating downtown when it happened.

Li said he had heard from other students that two of the killed Chinese were Rodger’s roommates, and that they were planning on moving out after the semester ended because they realized something was “off” about him.

“I’m glad the massacre wasn’t directed at the Chinese community in particular.” said Li. “Personally, I don’t feel any less safe after this incident.” Li said that there is much more foot patrol and security in the area.

Connie Chan, 20, from Fremont, California, said that around 9:30 pm on May 23 just as she was deciding whether to go out, she saw on a Facebook message from a friend about the shooting, and then she looked out her window.

“I saw police and a person on the ground a few houses from my house. He was run over by the car Rodger drove,” she said. Chan said she lives about three to five blocks from where the other shootings happened. She said Rodger ended up crashing his car on her street.

“There are definitely more cops patrolling around. People definitely are more careful about going out especially at night, but I think students have returned to living their regular days,” said Chan.

On May 23, Rodger, sent two dozen people including his parents a manifesto about his disillusionment with the world just before he killed the Chinese students, shot to death two women outside a sorority house in Isla Vista and a third person at a deli store.

The three Chinese victims were Chen Yuan Hong, 20, from Taiwan, Weihan Wang, 20, a native of Tianjin, China, and George Chen, 19, from Ontario, Canada. The other three victims were Katherine Cooper, 22, Veronika Weiss, 19, and Christopher Ross Michaels-Martinez, 20. All of them were UC Santa Barbara students.

Rodger was born in London, and at the age of 5 moved to California’s San Fernando Valley with his parents. His father is Peter Rodger, assistant director of the movie The Hunger Games, and of British descent. His mother Li Chin is a Malaysian-born Chinese who moved to England at a young age to work as a nurse on movie sets.