At five o’clock in the afternoon of September 2, 1976, Mao suffered a heart attack, far more severe than his previous two and affecting a much larger area of his heart. X rays indicated that his lung infection had worsened, and his urine output dropped to less than 300 cc a day. Mao was awake and alert throughout the crisis and asked several times whether he was in danger. His condition continued to fluctuate and his life hung in the balance. 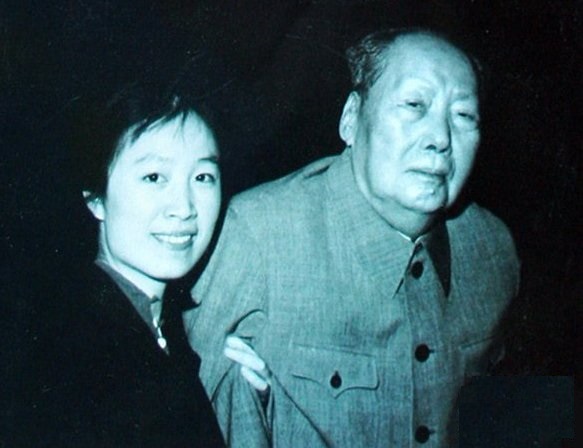 Meng Jingyun from Wuhan, China, was nurse for Mao during the last 489 days of his life.

Three days later, on September 5, Mao’s condition was still critical, and Hua Guofeng called Jiang Qing back from her trip. She spent only a few moments in Building 202 (where Mao was staying) before returning to her own residence in the Spring Lotus Chamber.

On the afternoon of September 7, Mao took a turn for the worse. Jiang Qing went to Building 202 where she learned the news. Mao had just fallen asleep and needed the rest, but she insisted on rubbing his back and moving his limbs, and she sprinkled powder on his body. The medical team protested that the dust from the powder was not good for his lungs, but she instructed the nurses on duty to follow her example later. The next morning, September 8, she went again. She demanded the medical staff to change Mao’s sleeping position, claiming that he had been lying too long on his left side. The doctor on duty objected, knowing that he could breathe only on his left side, but she had him moved nonetheless.

Mao’s breathing stopped and his face turned blue. Jiang Qing left the room while the medical staff put him on a respirator and performed emergency cardiopulmonary resuscitation. Mao barely revived and Hua Guofeng urged Jiang Qing not to interfere further with the doctors’ work, as her actions were detrimental to Mao’s health and helped cause his death faster. Mao’s organs were failing and he was taken off the life support a few minutes after midnight. September 9 was chosen because it was an easy day to remember. Mao had been in poor health for several years and had declined visibly for at least 6 months prior to his death.

His body lay in state at the Great Hall of the People. A memorial service was held in Tiananmen Square on September 18, 1976. There was a three minute silence observed during this service. His body was later placed into the Mausoleum of Mao Zedong, even though he had wished to be cremated and had been one of the first high-ranking officials to sign the “Proposal that all Central Leaders be Cremated after Death” in November 1956.