Boston, Oct. 13, 2014, –The Ebola outbreak made local and national news headlines yesterday as a suspected patient with Ebola symptoms was isolated at a health clinic in Braintree, Mass. The Patient was later transported to Beth Israel Deaconess Medical Center(BIDMC) in Boston. To add to the anxiety, CDC has confirmed positive preliminary test result of a Dallas nurse for Ebola virus. 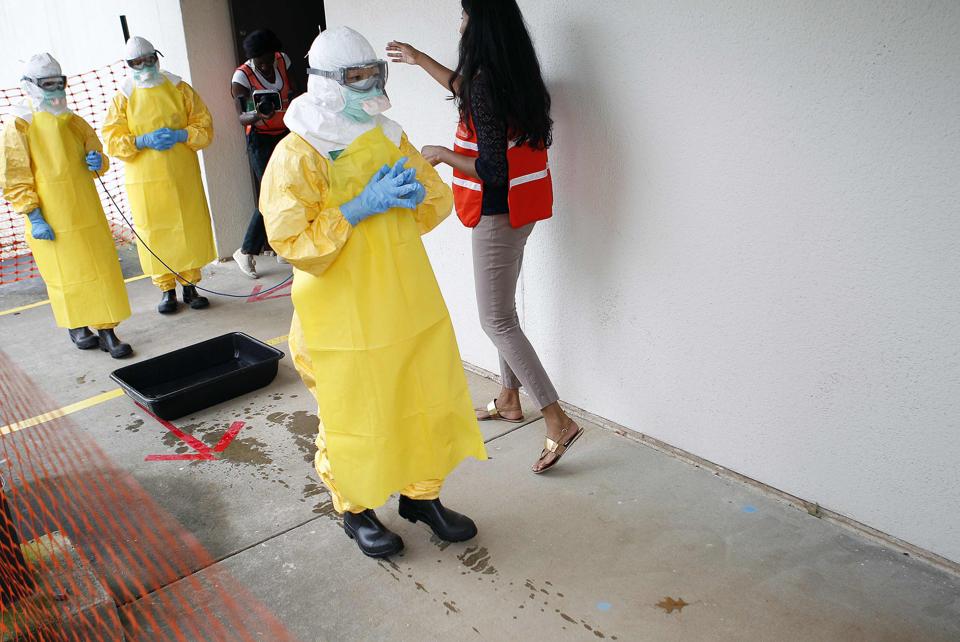 “A healthcare worker at Texas Presbyterian Hospital who provided care for the index patient has tested positive for Ebola according to preliminary tests by the Texas Department of State Health Services’ laboratory,” a press release by CDC states. If further testing confirms the preliminary test result, this would be the first Ebola infections in the US.

“The nurse infection at Texas Presbyterian Hospital should remind all other hospitals. Medical staff should isolate themselves when they treat Ebola patients,” said visiting scholar Dr. Zuo at MGH.

According to CDC’s website, Ebola is spread through direct contact with bodily fluids of a sick person or exposure to objects such as needles that have been contaminated. The illness has an average 8-10 day incubation period (although it could be from 2 to 21 days) so CDC recommends monitoring exposed people for symptoms a complete 21 days. People are not contagious during the incubation period, meaning before symptoms such as fever develop.

“The City and our partners at Beth Israel and the Massachusetts Department of Public Health were in constant contact today as news of an Ebola scare began to break. Today’s efforts reinforced my belief that the City is more than prepared to deal with any scenario like this. We take any threat to public health very seriously, but we must educate ourselves about Ebola precautions and do what we can to quell unnecessary public panic. Our emergency preparedness plans are recognized as national models, and I have full confidence in our departments and healthcare organizations that we can keep Bostonians safe and healthy.”