Quincy, Mass., September 16, 2016, — A year after its official end, Solarize Quincy, a city and state program offering discounted solar electricity (PV) systems, continues to transform the city’s landscape. The program resulted in contracts for 110 solar PV systems installed on the roofs of Quincy residences and businesses, for a combined total size of more than 600 kilowatts (KW). Under the agreement between Solarize Quincy and its selected installer, that figure more than met the threshold for a 5 KW solar PV system to be donated to a Quincy nonprofit by the installer, SolarFlair of Ashland. 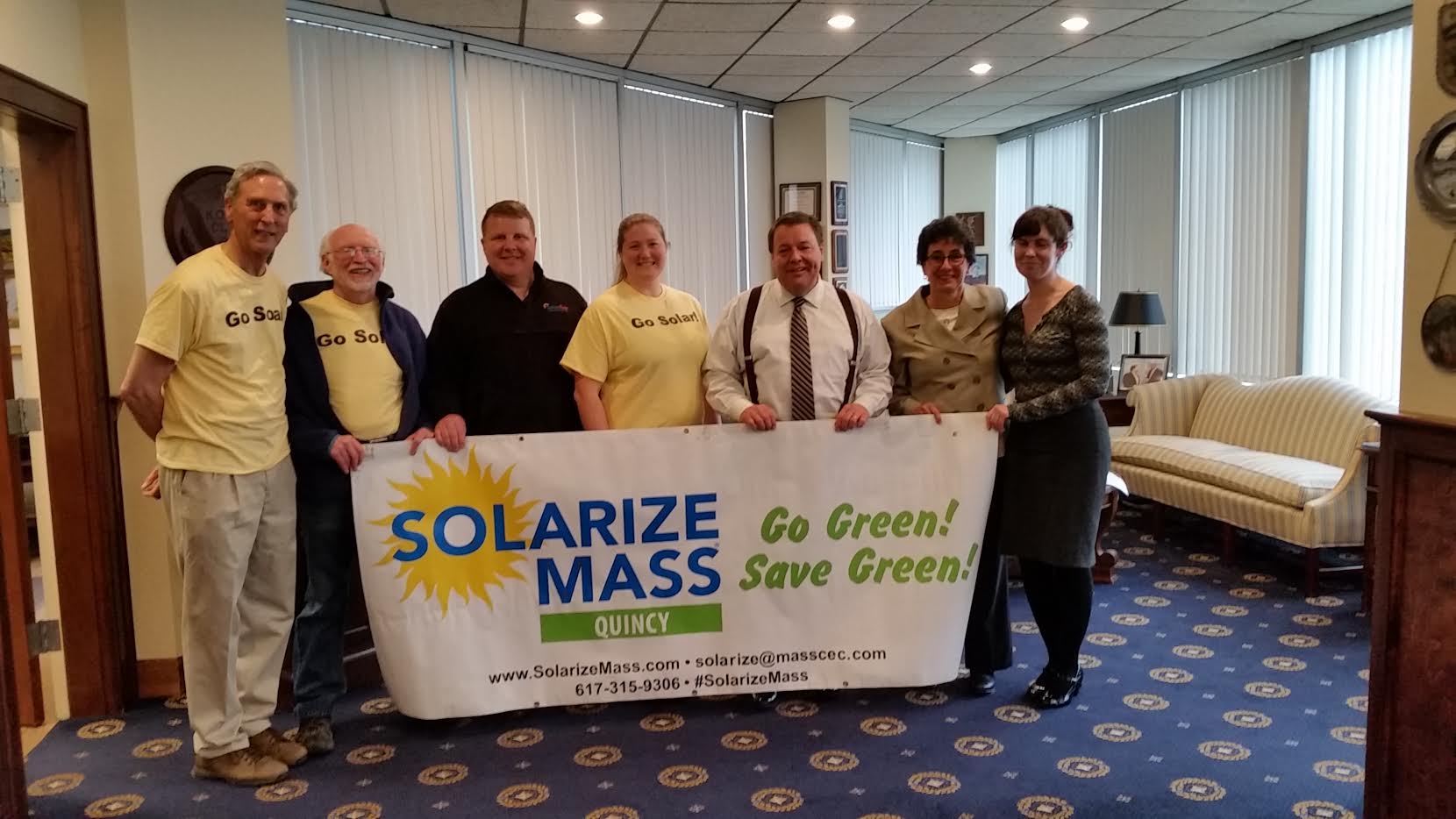 Eleven nonprofits applied for the free system, of which six passed an initial property screening by Solar Flair. On May 24 a lottery conducted in the presence of Mayor Thomas Koch and several Solarize Quincy volunteers, chose NeighborWorks of Southern Mass, a housing counseling agency that also develops and operates special needs and affordable housing, as the tentative winner pending an intensive site evaluation, which was recently completed. Later this year, SolarFlair will install the 5 kilowatt system on the roof of the NeighborWorks office building, at 422 Washington Street.

It won’t be the first solar PV system on a NeighborWorks property. Of the nineteen multifamily residential buildings that the agency owns within city limits, two already sport solar arrays, including a 63.9 kilowatt system that NeighborWorks had installed on another property. Of their other buildings, thirteen have been deemed suitable for solar panels, and NeighborWorks plans to put solar on every one as funds become available, according to Executive Director Robert Corley, who cited the cost savings that come with owning solar. “It’s very difficult to operate under traditional assumptions for electricity rates,” he said. “Utilities these days are exceeding the expected increases.”

Corley also likes the fact that the donated panels will be visible to passersby on the very busy stretch of Washington Street. “We want to promote green energy,” he said. “I’m very excited that the Mayor has championed this green effort. I first learned about the Solarize program in a letter from the Mayor.”
Said Quincy Energy and Sustainability Director Shelly Dein, “Solarize Quincy raised awareness of how feasible solar electricity systems are for many people and businesses who might not have considered it before. More than 320 properties had site visits, of which about one-third decided to install solar through this program. Collectively, almost three quarters of a megawatt of clean electricity will be generated annually by the Solarize Quincy systems, replacing electricity that would have been generated by fossil fuels. This is saving the property owners on their electric bills, and reducing air pollution and greenhouse gases.”

Although the Solarize Quincy program ended last year, the cost of solar panels has plummeted in the past decade, and continues dropping year by year. “Even if you can’t get your panels through the city program anymore, solar is still a great deal for many property owners,” said David Reich, board chair of Quincy Climate Action Network, which provided the bulk of the volunteer hours that made the Solarize effort possible. “It’s definitely in your interest to get your property assessed for solar.”