BOSTON – Monday, October 22, 2018 – A day before World Series to start at Fenway Park, the City of Boston today began its two-week early voting period for the November 6, 2018 State Election. “VoteEarly Boston” runs through Friday, November 2, 2018, and City Hall is Boston’s main early voting site, with voting from 9 a.m. to 5 p.m. on Mondays, Wednesdays and Fridays, and from 9 a.m. to 8 p.m. on Tuesdays and Thursdays. Voters are encouraged to enter City Hall through the North Side entrance to access the early voting location on the second floor. 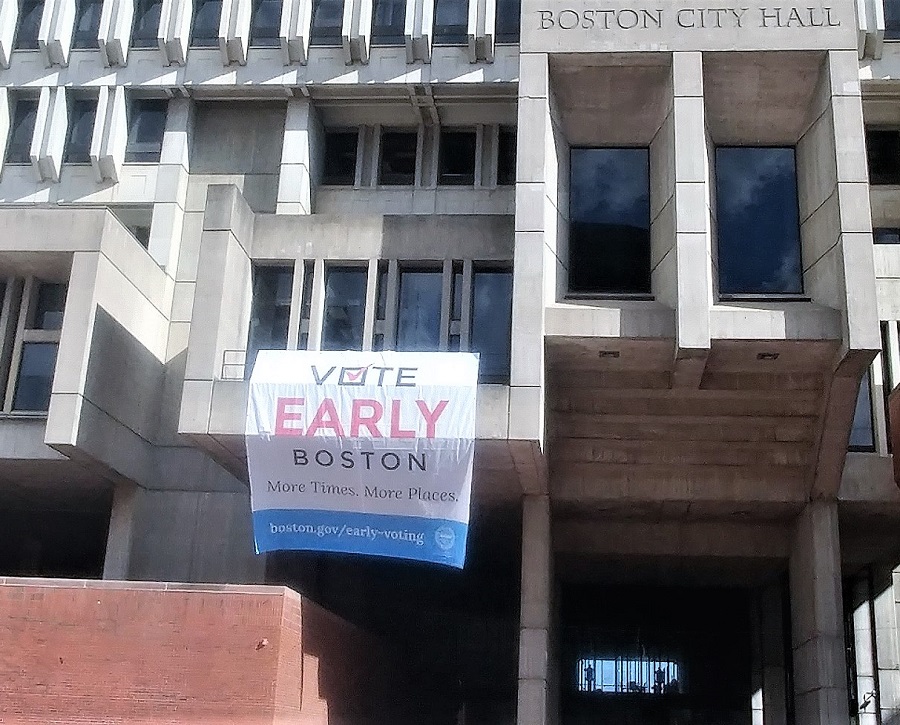 Neighborhood “pop up” polling locations will be available throughout the City on Tuesdays and Thursdays from 12 p.m. to 8 p.m. during the early votingperiod. On Saturday, October 27 and Sunday, October 28, there will be nine early voting locations open — one in each City Council District — from 10 a.m. to 6 p.m.

All early voting sites are equipped with electronic poll books for voter check in. Voters are advised that state-issued identifications are optional for quicker “check in,” but are not required. Early voting locations are well staffed with poll workers and interpreters, and fully accessible to voters with disabilities.

At the end of each day, all voted ballots will be secured and sent to each voter’s precinct to be counted on Election Day with all other ballots.

Early voting was made possible by the Acts of 2014. During the 2016 inaugural early voting period, over 47,000 voters, representing over 17 percent of the total ballots cast, participated in early voting.