By Zhirui Xiong, International School of the Sacred Heart of Tokyo 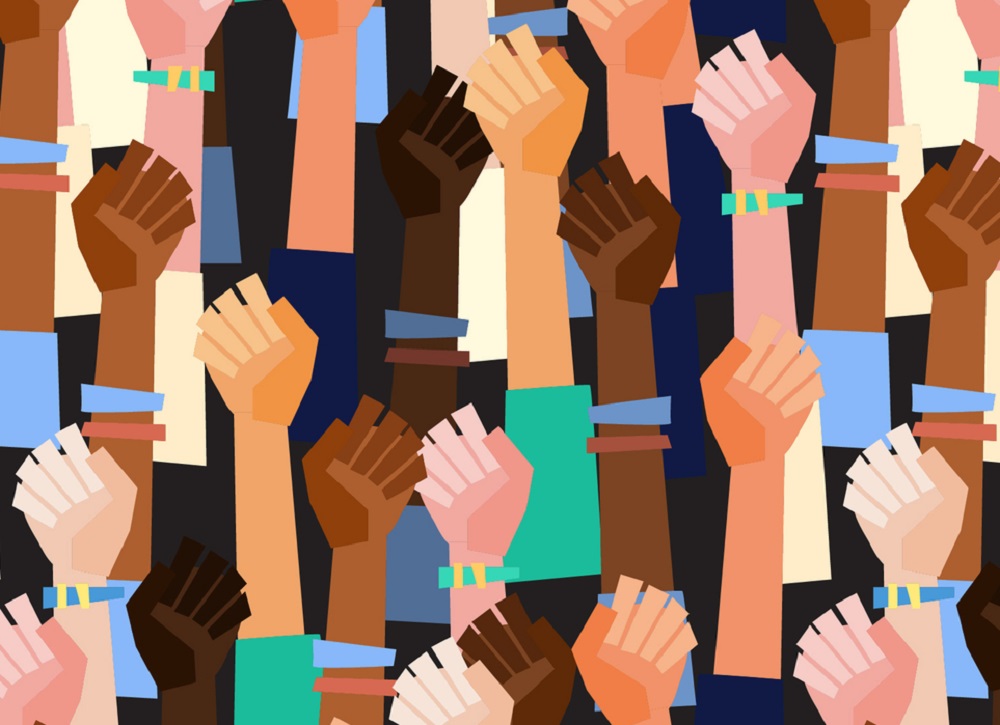 I was born in Japan. My parents are immigrants in Japan. I went to school in Japan, China, and the United States. As I changed twelve schools from kindergarten to high school, the discrimination was the only thing that did not change.

I attended a Chinese elementary school for several years. There, I had an intense fear for two boys in my science class. I dared to move one step or speak in front of them because otherwise, they would tease me. When I fought back on them, they always threw their malicious words onto me.

“Balabala, I don’t know what you are talking about. You are not allowed to speak like to us, you little Japanese!”

I had been always tough on not showing my emotion in the public, but this time I could’t help it. Tears poured out from my eyes and rolled down my cheeks. Why I became the target of discrimination? I was confused. As other girls started to be more aware of their body change, I was more than aware but insecure about who I were.

I locked myself up in the room, and I cried so hard the first time. In the middle of this emotional turmoil, I opened the computer: the news feed popped up from the bottom. I clicked into one of the videos. This was my first time seeing a group of Asian-Americans, who spoke up against the discrimination they had encountered. I had the gut feeling that this would be my turning point. On the other side of the world, I realized that some people lived with discrimination too. I was not alone.

I thought about getting back on these two bad boys. I guess that’s how people normally react to the bully. But how I am supposed to fight back while speaking broken Chinese? And what do I get from the revenge? Empowerment? Or satisfaction? No, I would create evil within myself.

I had a thought of reaching out to those people in the video. I wanted to tell them something, but I stopped thinking about it. The thing is that I don’t know too much English. How could I talk with these people? I realized it is very difficult to stand up against these two boys unless I knew Chinese and English well enough. Putting tons of time into reading books in different languages, I brushed my languages skills up.

After a few years, I moved to the United States. While choosing where to work, I thought to help kids who were learning a language. In my elementary school days, I wanted to stand up against for myself in front of the bullies, but I couldn’t. Now, with more age and skills, I could help kids who would face the same problem.

In the Chinese Learning Center and ESL(English as Second Languages) Camp, I saw kids, who couldn’t speak fluent English or Chinese, were very silent in the classroom and activity. Some of those kids liked to put their hands around the mouth when they were speaking. Some just stayed in the corner of the classroom and faced down to the desk all the time. Some became the laughing bag of the class, and they gradually became the least motivated students. They were the loners of the class, and they were the target of the bully.

I was shocked by how language can shape individual personality and cause discrimination. My experience confirmed that people are discriminated based on their language ability. But I didn’t think it could only be language.


Discrimination had bothered me for a very long time; I needed to know why it bothered me.

I started my thought journey in the context of history.

I found a group of people who shared a very similar experience to me. These group of people came from the generation of after the vicious war between China and Japan. Thousands of children of Japanese civilian were left behind in China, most in Northeast China and Inner Mongolia. They were adopted by local Chinese but faced discrimination due to their ethnicity. In 1980, the war orphan stated to return to Japan. But they were again discriminated in Japan.

Yusuke was born and raised in Japan; he spoke broken Japanese with Chinese accents.

Language ability was the most basic reasons for discrimination, but there are more to discuss behind this basic. Why people would have varied language ability? The ethnicity, cultural practice, educational level, and income might be the answer. Other than those obvious answer, history, war, religions, and political climate might the subtle reason. Those components impact what people believed which includes prejudice toward a group of people.

I was relieved that in all these years, I finally found out that discrimination was not quite personal as it seemed to be. There were definitely more to it which I had no power to control.

Connecting with others who share a similar identity helped me understand the issue more. My biggest takeaway from the journey is that speak up and act for the personal issue might be better than just sit there and think. It makes me feel good in myself. Probably it makes others feel better too.