Boston, Dec. 26, 2018, — Yuan Cao, a 22-year-old PhD student at MIT, has been recognized by Nature for his two papers published this year on strange behavior in atom-thick layers of carbon. Nature said his findings “have spurred a new field of physics” in report “Nature’s 10: Ten people who mattered this year” published online. 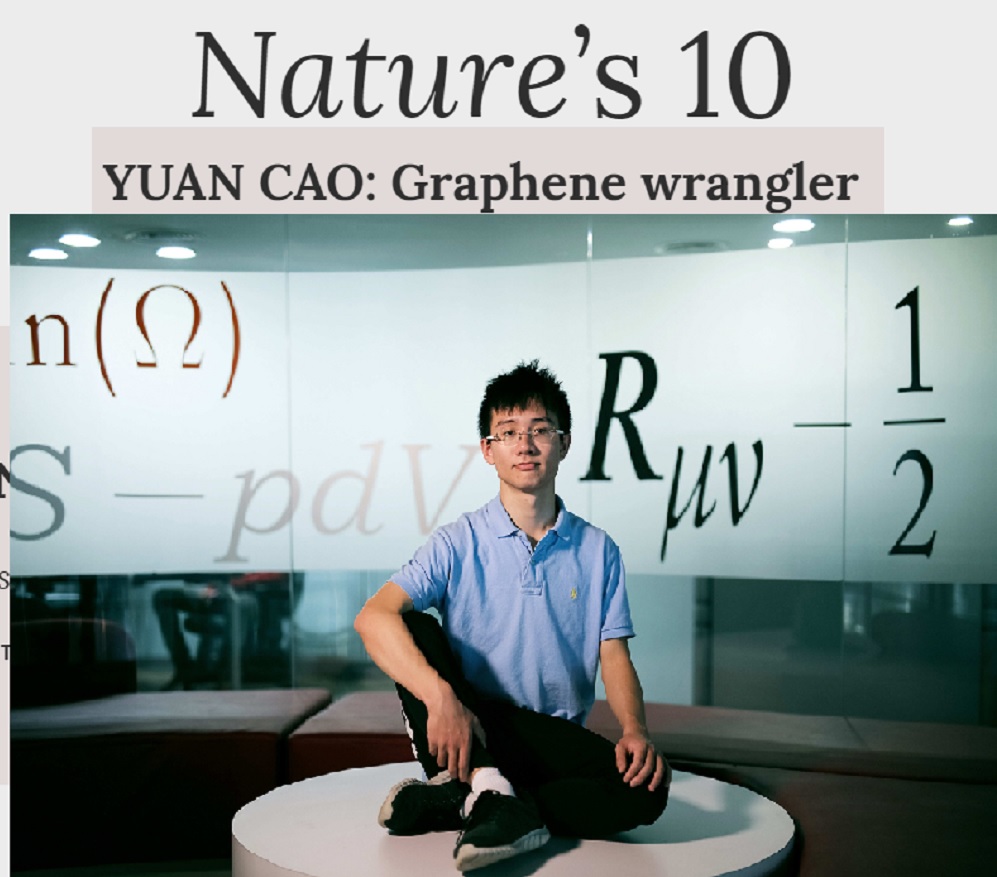 Photo of Yuan Cao from nature.com.

Graduated from the University of Science and Technology of China (USTC) in Hefei, Anhui province at age 18, Cao joined Prof. Pablo Jarillo-Herrero’s lab at MIT in 2014. USTC is one of the top five research universities in China, and celebrated its 60th anniversary this year.

Cao discovered that graphene became an insulator when exposed to a small electric field and cooled to 1.7 degrees above absolute zero. And the graphene sheets became a super conductor with a slight tweak to the field. His findings have allowed physicists to explore possibilities in other twisted 2D materials.


According to the scientific journal, the Nature’s 10 is its annual list of 10 people whose role in science may have had an important impact on the world. This year’s image design for the ranking has its typical number “10” shaped as a variation of the graphene structure to represent “two graphene sheets offset by a ‘magic’ angle,” which is directly related to Cao’s findings.

Pablo Jarillo-Herrero at MIT described him as “a tinkerer,” as he loves to take things apart and rebuild them. He also loves to take pictures of the night sky with cameras and telescopes. According to his colleagues, the young scientist presented a shy manner and a spirit of persistence in pursuing his goals.

He Jiankui, a Chinese scientist who claimed to have created gene-edited babies, is also on the list, but under the title of “CRISPR rogue.”