Boston, Dec. 31, 2018, — Two familiar names were on the list of the 2018 Bishop Cheverus Award. Congratulations to Simon Ho, and we at St. James the Greater Church and Boston Chinese Catholic Community(BCCC) are very proud of him. 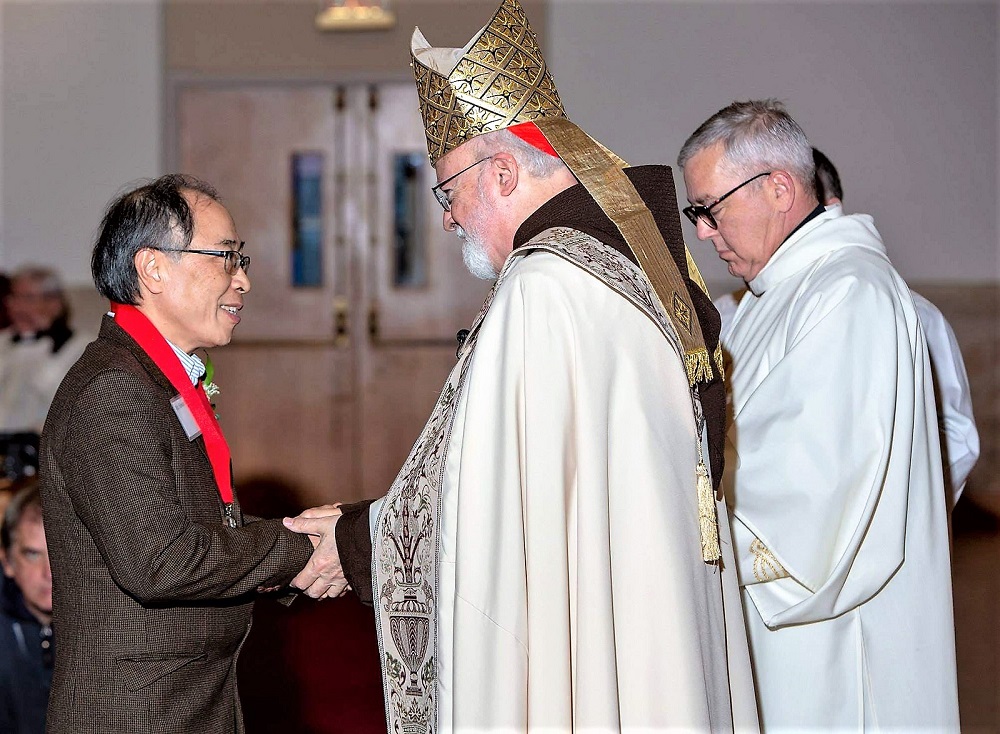 Mr. Ho served as principle of Josiah Quincy school in Chinatown before he retired from Boston Public Schools in 2015. Friends and family members were at the award ceremony when Cardinal O’malley handed the Bishop Cheverus Award to Mr. Ho. 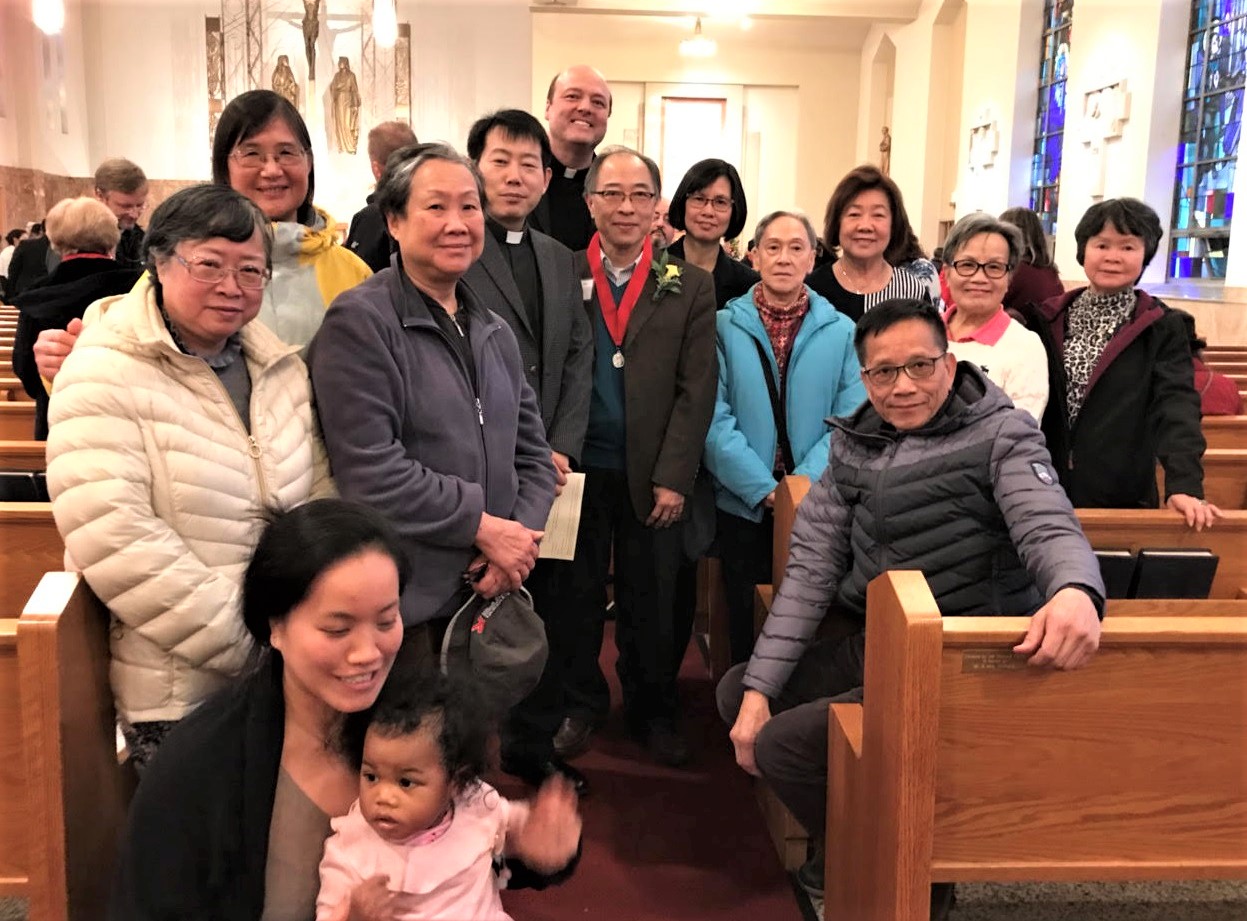 Each year, one-third of the parishes of the Archdiocese of Boston are asked to nominate a parishioner for the award. Most recipients are nominated by their pastor and approved by their regional bishop or episcopal vicar and Cardinal O’Malley. The criteria given to pastors suggests that the nominee be a layperson who has served the parish over an extended period of time and has done so in a quiet, unassuming and unrecognized fashion.

In addition to Simon Ho from St. James the Greater Church, another one of the 125 2018 award recipients was William Chin (陳鐵堅) nominated by St. Joseph Parish in Belmont, MA.

As a lawyer, Mr. Chin he is well known to many in the Greater Boston Chinese Community. He was one of the Co-founders of the South Cove Manor Nursing Facilities, an Adviser (including legal matter) of the Gee How Oak Tin Family Association of New England. 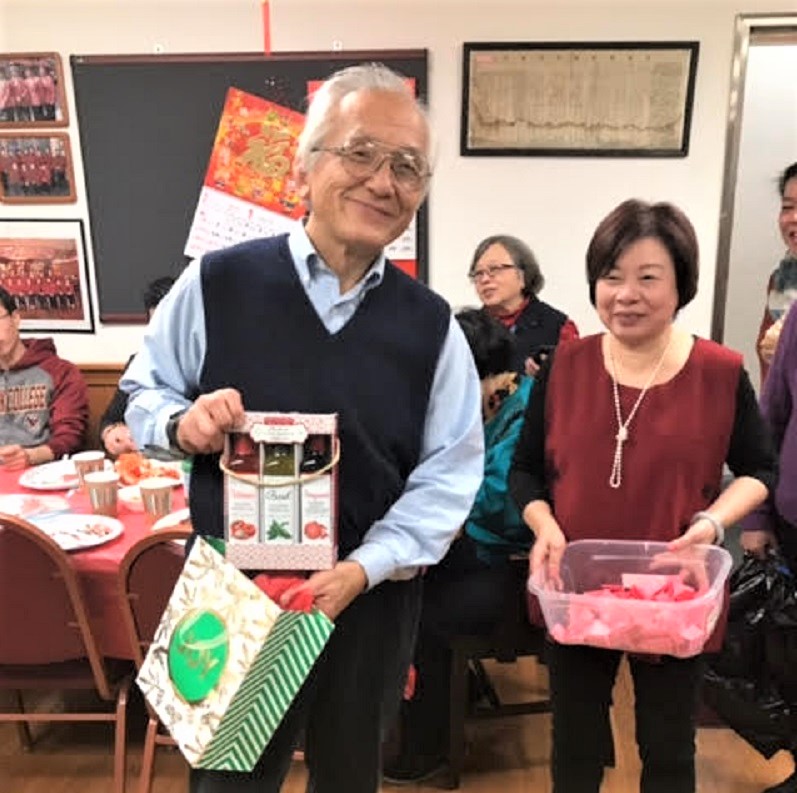 Mr. Chin(left in the picture above) attended a recent holiday party at Gee How Oak Tin Family Association, and received congratulations from fellow association members. He even won a nice gift with his raffle ticket, and sent best wishes for the new year to everyone at the party.