Cambridge, Mass., Feb, 11, 2019, — The annual opera performance of Longy School of Music of Bard College, which have long enjoyed a good reputation in the music circle, was successfully staged on Feb. 2 and Feb. 3. This year, The school elaborately selected the masterpiece of Hungarian composer Emmerich Kalman: operetta Countess Maritza. The flawless performances of leading tenor Bingchuan Wan, soprano Jingyi Huang and other performers brought laughter and tears to over 300 in the audience. 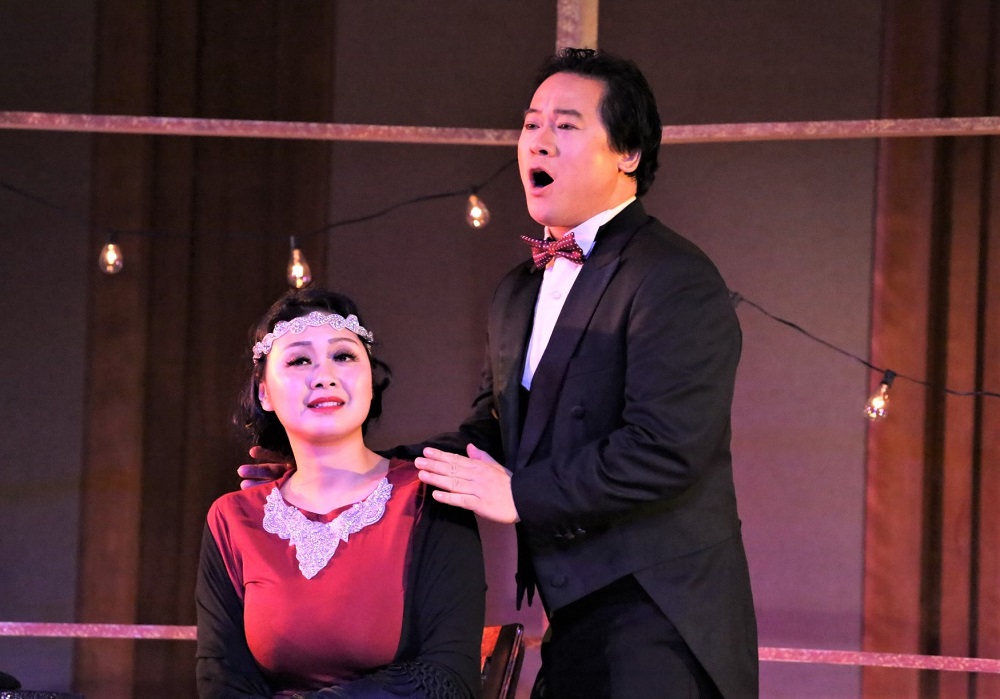 Numerous distinguished musicians attended the performance, including the conductor and famous vocal coach Timothy Steele, the famous soprano Anna Gabrieli, the pianist Spencer Myer and so on. The president Karen Zorn, the principal Wayman Chin and the dean of Department of Vocality Karyl Ryczek also viewed the performance. Representatives from Boston Chinese Musicians Association also appreciated the opera performance. The wonderful performance by all performers, high-level performance of the whole symphony orchestra and graceful songs brought a wonderful opera feat for all audiences.

The historical background of Countess Maritza is Hungary in the early stage after WWI ended. The opera narrates the romantic love story between the hero Tassilo and Countess Maritza. Earl Tassilo lost original rich and happy life due to the war. For survival, he had to serve as a manor steward at the home of Countess Maritza. In this period, Tassilo fell in love with Countess Maritza who had been single for many years. However, due to the appearance of Tassilo’s younger sister, many misunderstandings were caused between the two. Finally, Tassilo purchased the lost manor again under the help and financial aid of his aunt, relieved the misunderstanding and won Maritza’s love. The opera played an important role in appeasing psychic trauma of people in a relaxing and pleasant way in post-war Europe.

The school paid great attention to the opera performance and selected the performers in the school 6 months in advance. Except excellent singing ability and conformity with the script, higher requirements were proposed for the performers in terms of singing in German and a lot of Hungarian dance performances. The selection result was that Chinese tenor Bingchuan Wan acted as the leading man Tassilo, and soprano Laura Mchugh and Jingyi Huang from China as the leading woman Maritza respectively. The whole team rehearsed for nearly a half year. 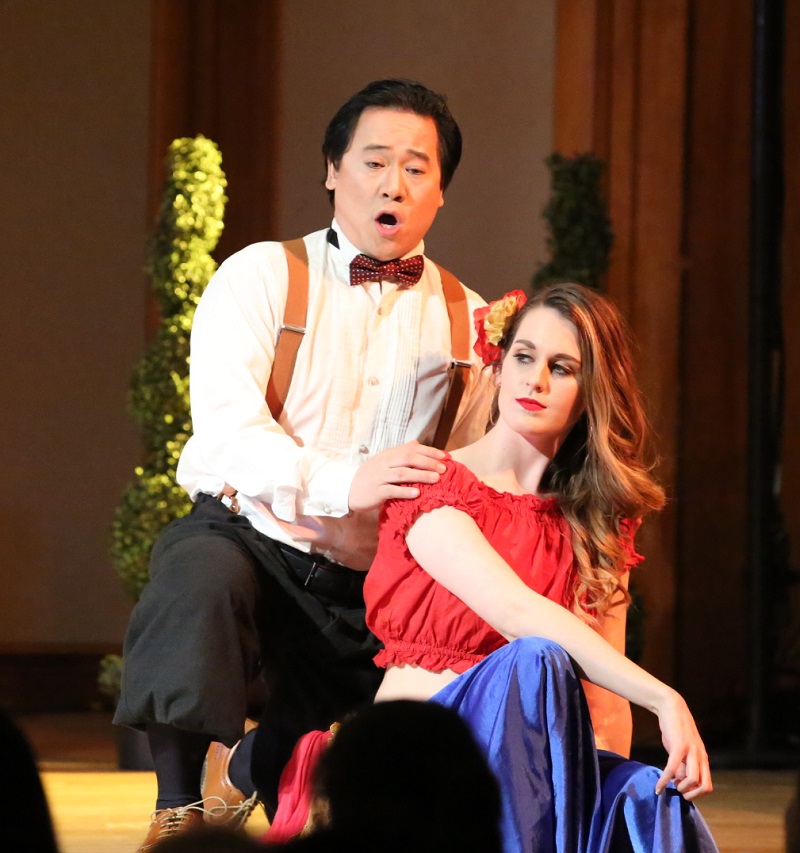 During the 3-hour opera in the two continuous performances, the venue was full of applause and casual laughter. The audiences were attracted by exquisite singing skills, graceful dances full of Hungarian style and humorous lines. Meanwhile, unique characteristic costumes, props, compact stage background change, and lighting design which changed with the plot made the 3h opera expression compact and made story narration fluent. Even in Finale2 with the most obvious dramatic conflict, the sadness and separation between the hero and the heroine due to the misunderstanding made some audiences on the site tear. An audience who appreciated the opera in the afternoon of February 3 said, “The opera is really great. The whole performance is full of tension and infection. I totally entered the story and was moved to tears in the second part. The leading tenor Bingchuan Wan sang the aria fully and delightfully. He not just sang well, but also danced greatly. During the duet, his cooperation with the soprano Jingyi Huang was quite tacit.” The audience expressed the opera was full of impact force.

After the 3-hour performance ended, the enthusiasm of audiences did not reduce, and the applause lasted for over 10 minutes. The performers, the conductor and the director acknowledged the applause on the stage in succession, and the atmosphere on the site reached the climax. Numerous famous musicians and the leaders of Longy School of Music of Bard College visited everyone backstage and spoke highly of them. In particular, the special affirmation was given for the high-level singing skills of Bingchuan Wan who must sing twice within 24h in order to avoid super bowl in the evening of February 3. 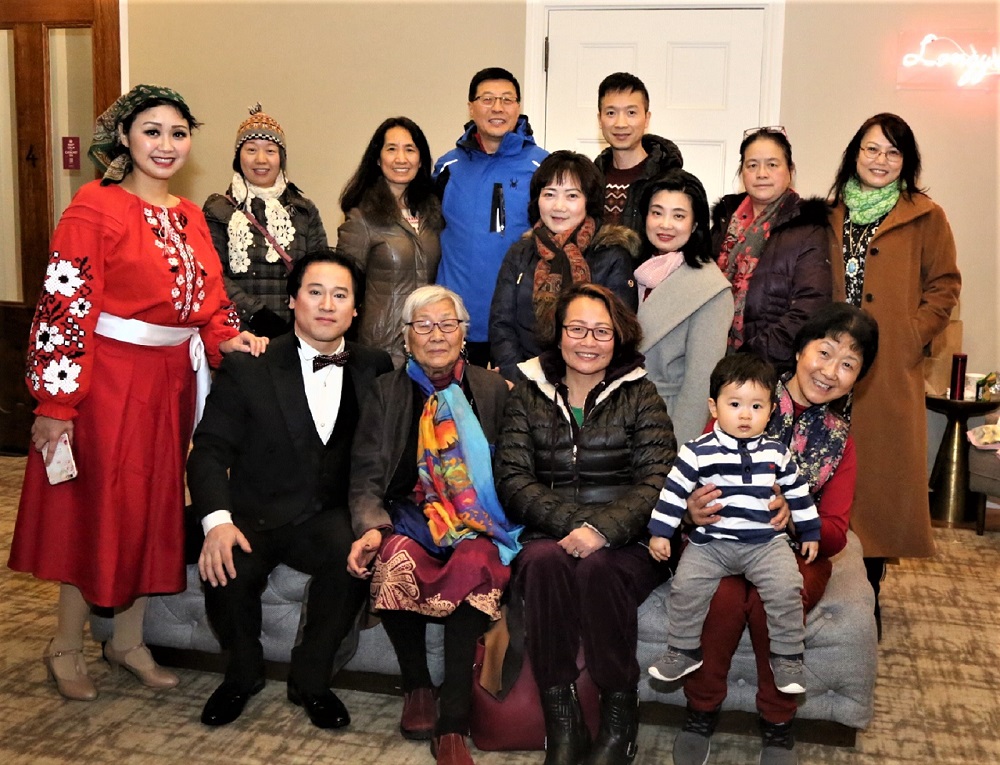 After the performance ended, reporters interviewed the role player of hero Tassilo – tenor singer Bingchuan Wan. Mr. Wan told the reporters, “The whole opera went through 4-month rehearsal and one-month composition. The process is particularly hard. Meanwhile, they have gained a lot. Singing in German, lots of English dialogues and dance performances let me deeply realize a Chinese opera performer should not just own outstanding singing skills, but also perform excellently in all aspects in order to stand out in American music atmosphere.” It is reported that Bingchuan Wan and Jingyi Huang are the sole two Chinese persons participating in the opera performance. Obviously, they gave a perfect answer sheet.