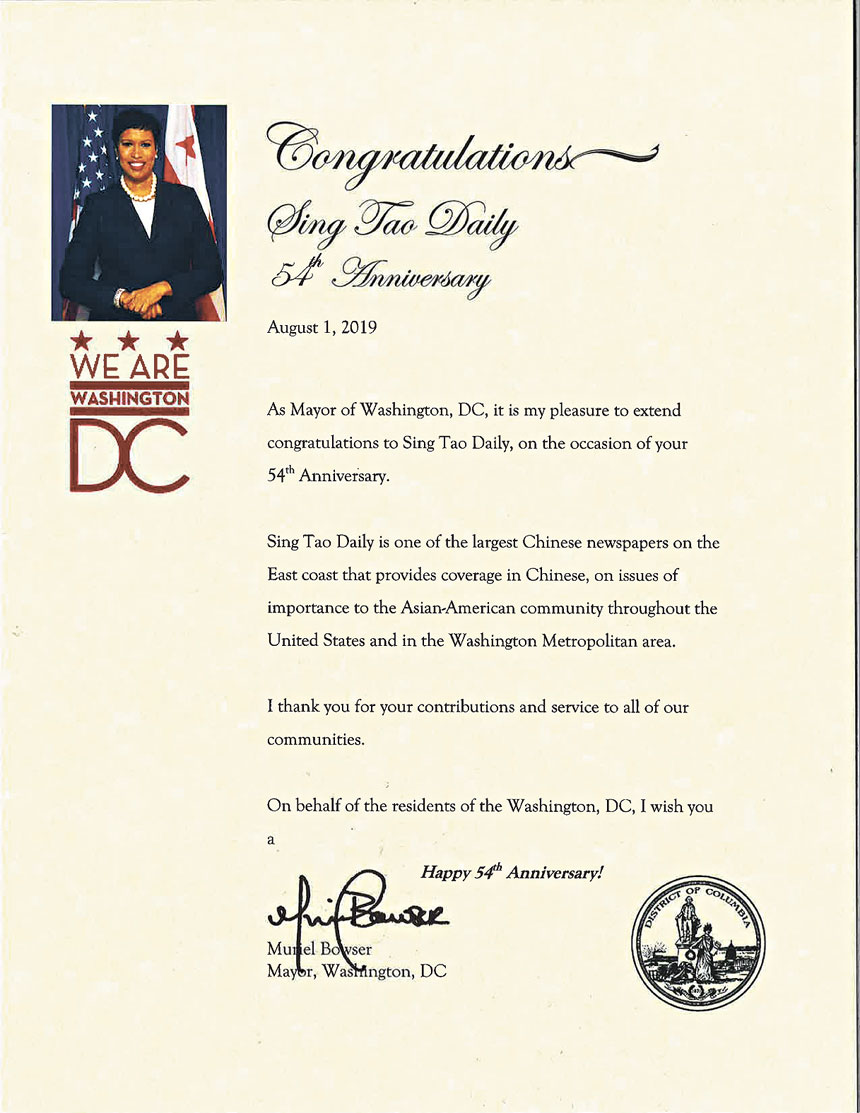 “Sing Tao Daily is one of the largest Chinese newspaper on the East coast that provides coverage in Chinese, on issues of importance to the Asian-American community throughout the United States and in the Washington Metropolitan area. I thank you for your contributions and service to all of our communities.” wrote Mayor Bowser in her letter.

Senator Chris Van Hollen offered his congratulations to Sing Tao Newspaper New York’s 54th anniversary “In recognition of its outstanding news coverage of Chinese and global issues, and with best wishes for its continued success.” 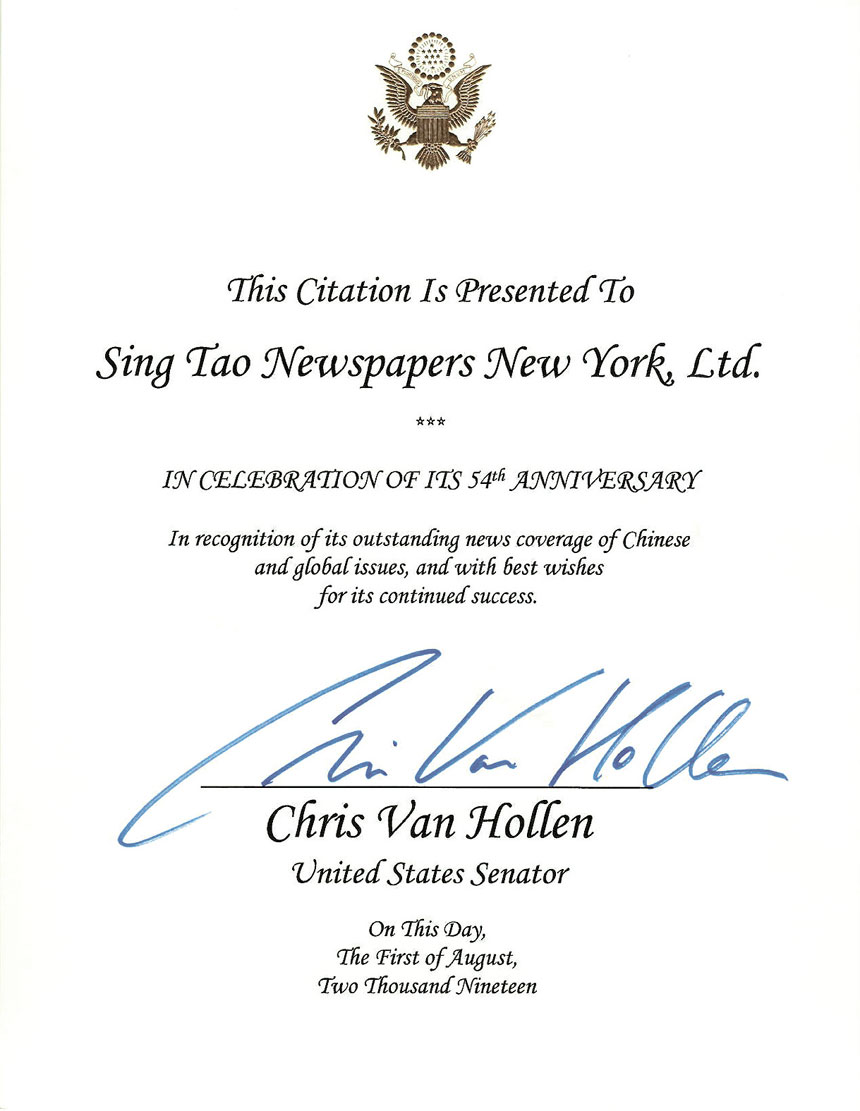 The Sing Tao Daily (星島日報) is Hong Kong’s second largest Chinese language newspaper. Its English language sister paper is The Standard. The paper has 16 overseas editions, published by nine overseas news bureaus and circulated in 100 cities in China and abroad.

After establishing its overseas base office in New York City in 1965, the Sing Tao Daily set up International News Centers in New York, Los Angeles, San Francisco, Toronto (1978), Vancouver, Calgary, London, and Sydney. In all, the company now has twenty-two offices globally.