Hao Ping welcomed Machtley’s visit. He pointed out that Bryant University is an elite university with a long history and thanked Machtley for promoting various kinds of cooperation with PKU and other Chinese universities over the years. He hoped that in the future the two universities would further carry out in-depth cooperation in the fields of environment, archaeology, and so on. 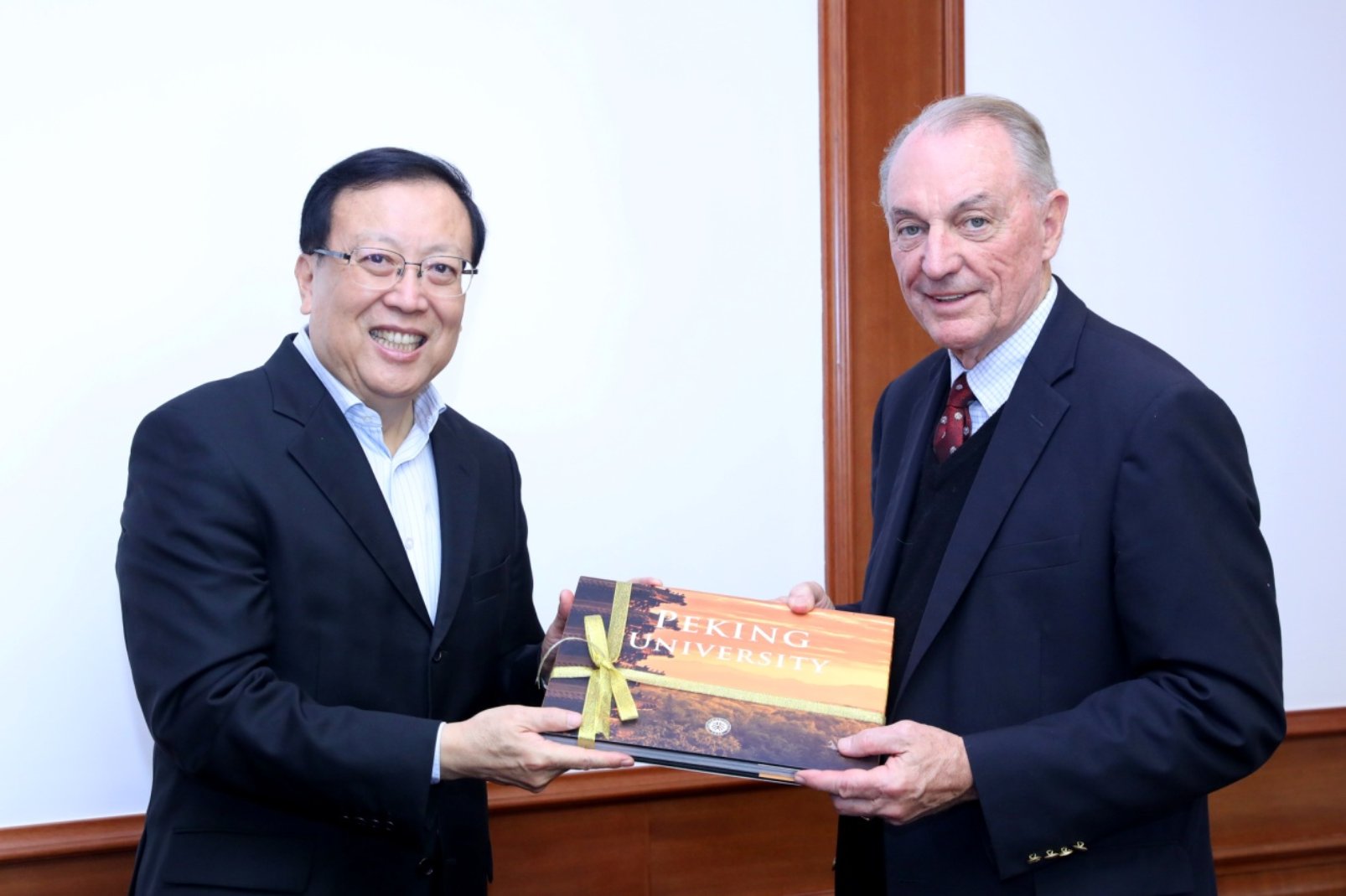 Machtley thanked Hao for his warm welcome and said that Bryant University had always attached great importance to cooperation with Chinese high education institutions, including the establishment of the U.S.-China Institute and Confucius Institute of Bryant University, which broadened the university’s international vision and promoted globalization in the school. Machtley pointed out that global education is the foundation of the school’s talent training, and that communication with China is one of the cores of the school’s international development strategy. He expected to carry out cooperation in more fields with PKU in the future.