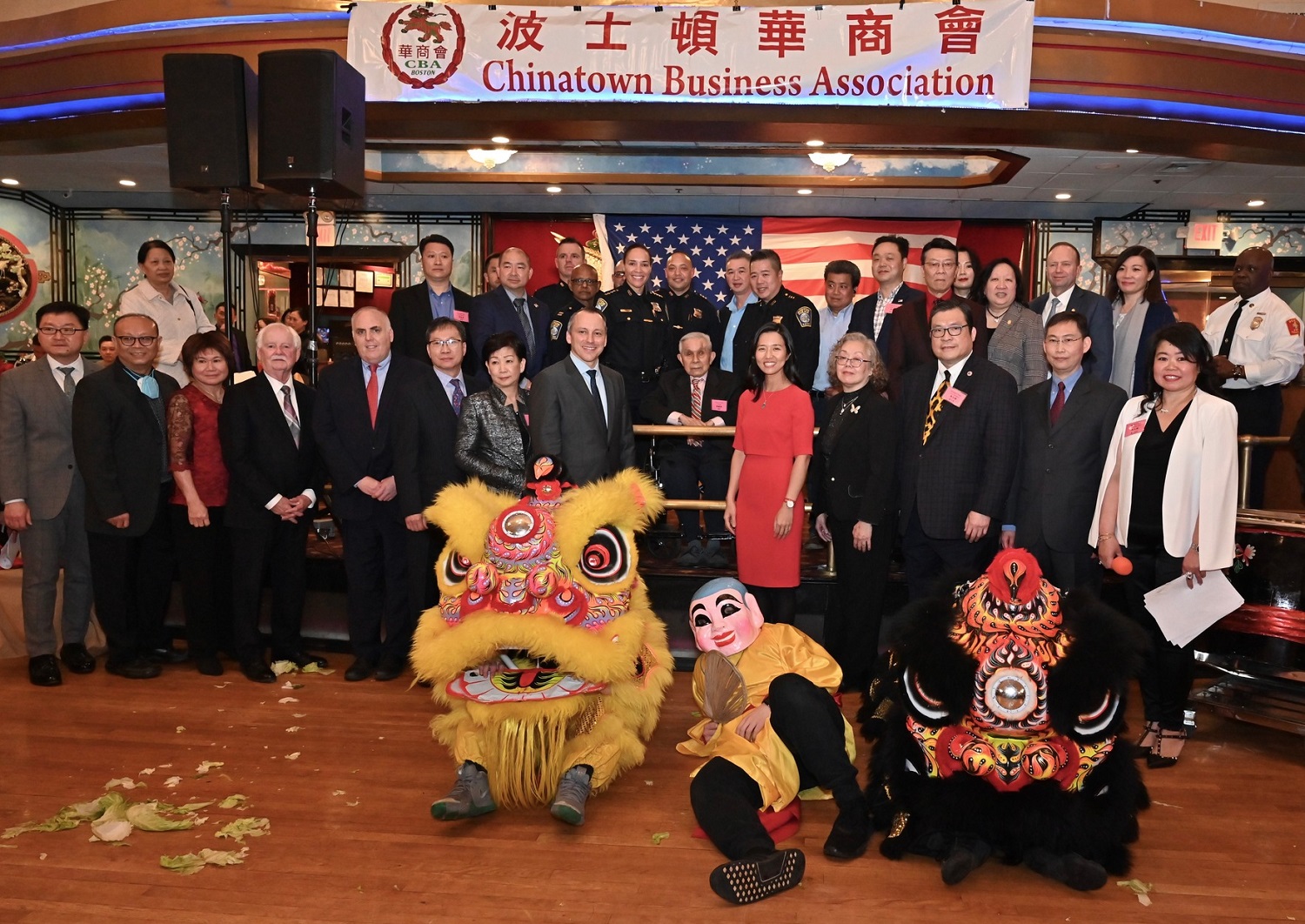 Ed Flynn presented a Boston City Council citation to CBA. Director-General Sun of TECO Boston congratulated CBA for the great achievement in promoting and revitalizing the Chinatown economy in his remarks.

Mayor Wu thanked Boston Chinatown Business Association for holding the first large banquet in Boston Chinatown since the pandemic during her remarks. She also introduced many public safety city employees in the audience.

State Rep Aaron Michlewitz pointed out the hard work done by Boston Chinatown Business Association to make sure local businesses’ survival during the pandemic. He pointed out the long-time community leader Uncle Frank (Frank Chin) for his leadership in the Chinatown community, and reflected on the loss of Uncle Bill (Bill Chin) who passed away on Nov. 26, 2021.