The 35th generation Shaolin warrior monk, Master Heng Zhen from Shaolin Temple China, and his students from Boston Shaolin Kungfu Center in Quincy, will perform Shaolin Kung Fu at Lincoln Field of Lexington, Mass., at 3 PM on July 1. This event is free to all. 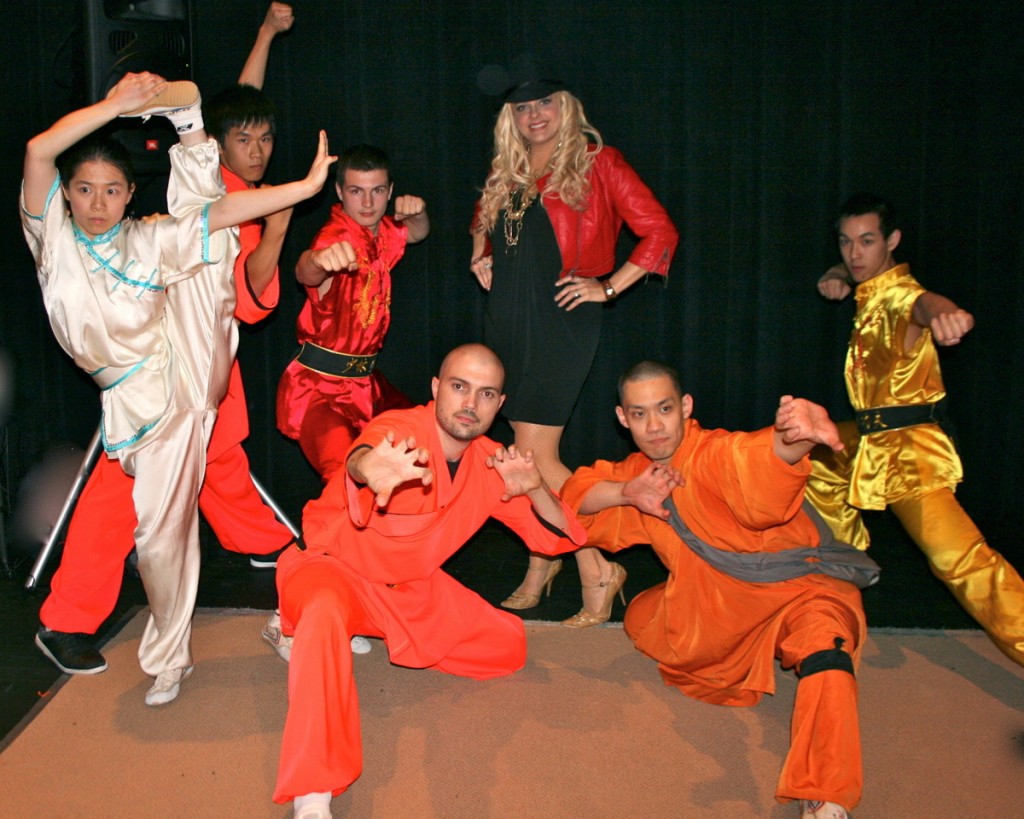 Singer Heather Schmid among other students of Boston Shaolin Kung Fu Center at a performance in Quincy Mass. last year.

Shaolin Kung Fu originated from Shanlin Temple more than 1,000 years ago in Henan province, China. It combines the philosophy of Buddhism and the unique training methods crated by generations of monks at Shanlin Temple. Shaolin Kung Fu gained world-wide popularity with the release of classic Chinese Kung Fu movie Shaolin Temple in 1982 when Jet Li made his acting debut, and many other movies after that.

According to Qing Zhang, one of the organizers of this performance, the Boston Shaolin Kung Fu Center is only one and a half year old. “You will be impressed how much they can do. Especially the fantastic performance of Master Heng Zhen. I am sure you will enjoy and think the time worth to spent,” said Qing with excitement.

Lincoln Field has a playground in the center. It has a big parking at front. You’ll find where it is from check the Map online.