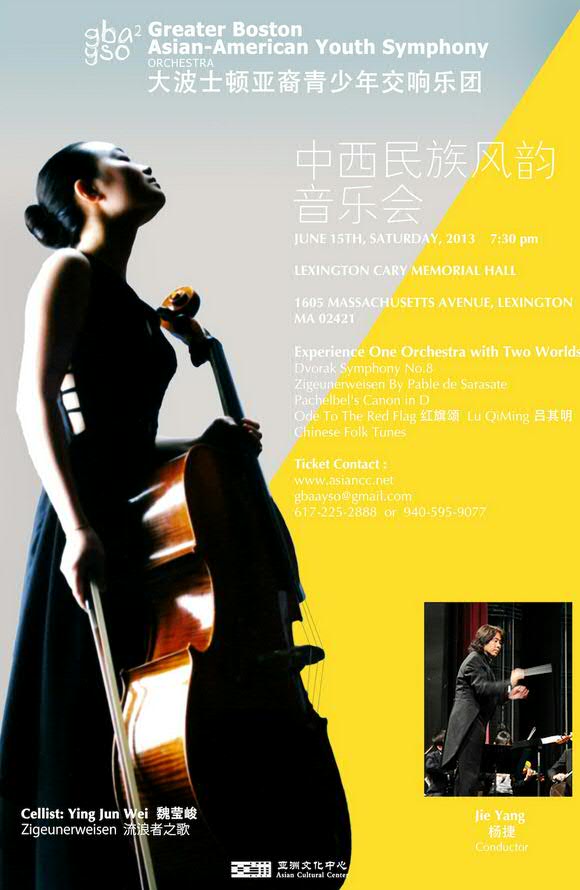 Sought after concert soloist, Ying Jun Wei has been interviewed by BBC Radio and many other magazines, newspapers. She has performed worldwide as a soloist, in such venues as the Buckingham Palace, Wigmore Hall, Jordan Hall, Tanglewood music festival, Purcell Room, St.Martin-in-the-Fields, St John’s Smith Square, also abroad in Switzerland, Japan, Mexico and China.

Ms. Wei was born in China, and showed her music talents at a young age. At 12, she commenced studying at the Wuhan Conservatory of Music and began to appear in concerts as a soloist. At 14, she won first prize in the China Cello Competition. Soon after, Ying Jun Wei was invited by the principal of Royal Academy of Music to study in London, England, where she attended the Purcell School of Music on a full scholarship and began performing in major concert halls.

Tickets for this concert can be purchased online at: http://accsummerconcert-eorg.eventbrite.com . For any questions related to this concert, please call (617)225-2888, or visit website: asiancc.net.