Lexington, Mass., Jan. 23, 2013, — I started to do some research on local technology classes for kids when my 5-year-old son told me that he wanted to become a robot builder a few weeks ago. A friend of mine mentioned Empow Studios to me. I made a visit to Empow Studios in downtown Lexington a couple days ago, and had a brief interview with its founder Mr. Leonid Tunik. 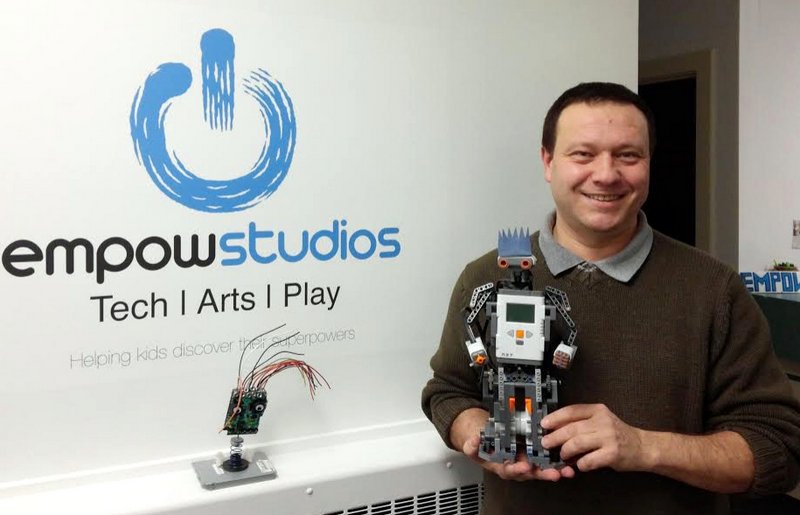 Immigrated to the US in 1980 from the Soviet Union as a teenager, Leonid Tunik has always been interested in technology and learning. “I spent most of my career developing math educational materials for schools. When I had my first child, though, I became much more interested in working with kids hands-on and being closer to those ‘aha’ moments, and found it much more satisfying,” said Leonid Tunik.

Leonid Tunik started teaching animation and engineering classes. “This evolved into what I do today at Empow Studios, with camps, classes, birthday parties, and other programs. I have a 3-year-old son and a 10-year-old daughter who now have access to the most awesome LEGO collection any kid could wish for.”

“I can’t say enough good things about the program. My son was excited, interested and has continued to talk about what he learned with his technology teacher at school. He will be using his skills for an upcoming school project,” said a parent from Newton, Mass.

Speaking of upcoming class offerings, Leonid Tunik mentioned that there will be a few very cool classes starting next week. “If someone has other commitments and can’t start that week, we will be accepting late enrollments and will catch the students up quickly (and pro-rate the fees). Also, our registration for camps is open, including the February camp running at two locations: Newton and Lexington Studio.” The full class schedule can be viewed at: empow.me/classes/

Leonid Tunik thanked teachers at Empow Studios. “They are really passionate and dedicated in teaching our kids the essential skills that will empower them for the technology economy in the future.” To check out bios of the teachers, please visit: empow.me/about-us/team/.

According to its website, Empow Studios teache kids age 4-16 LEGO engineering and robotics, claymation, digital animation, app design, digital music, video game design and programming, 3D modeling and 3D printing, architecture and more. While they work on their projects, they engage math, language, science, and other areas of knowledge.