Boston, Jan. 18, 2019, — In less then two years after arriving in the United States in 2017, Chinese dancer and choreographer Yaqi Wu has gained more and more recognition from dance critics and audiences in Boston and New York. Her original dance work “Fountainhead” has won three important awards, including Judge’s Choice, Outstanding Choreography Award and Platinum Award, at the 2018 Taoli World Dance Competition Final, the largest Chinese dance competition in the world. 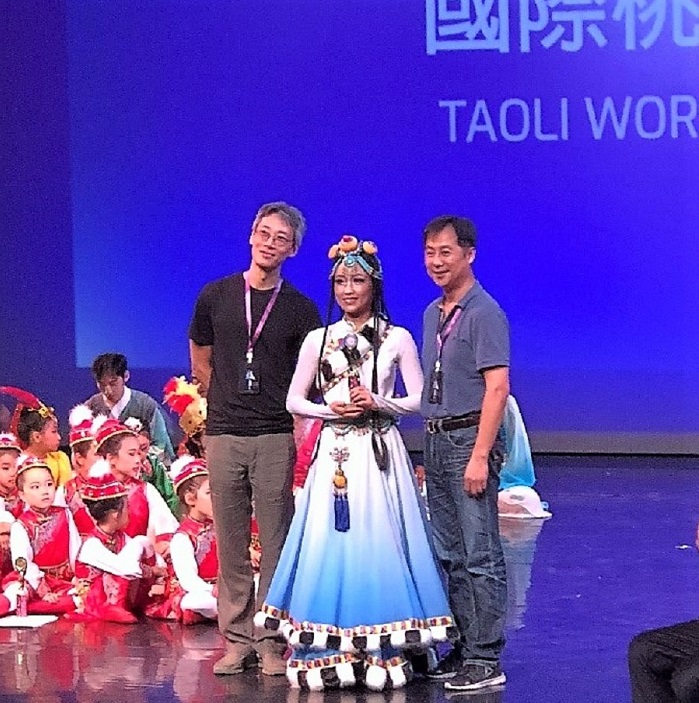 In addition, dances “Heart Has a Spirit”, “Sound of Bamboo” and “Homage”, directed by Yaqi Wu and performed by her students, won the Championship and two times Ultimate Platinum Award respectively. In the previous 2018 SDA (Spirit of Dance Awards) Competition, her directed works “Moon Fox” performed by three students won the Ultimate Prize and Artistry Award, solo “Elegant Mermaid” won the Ultimate Prize and No. 1 rank in its group. 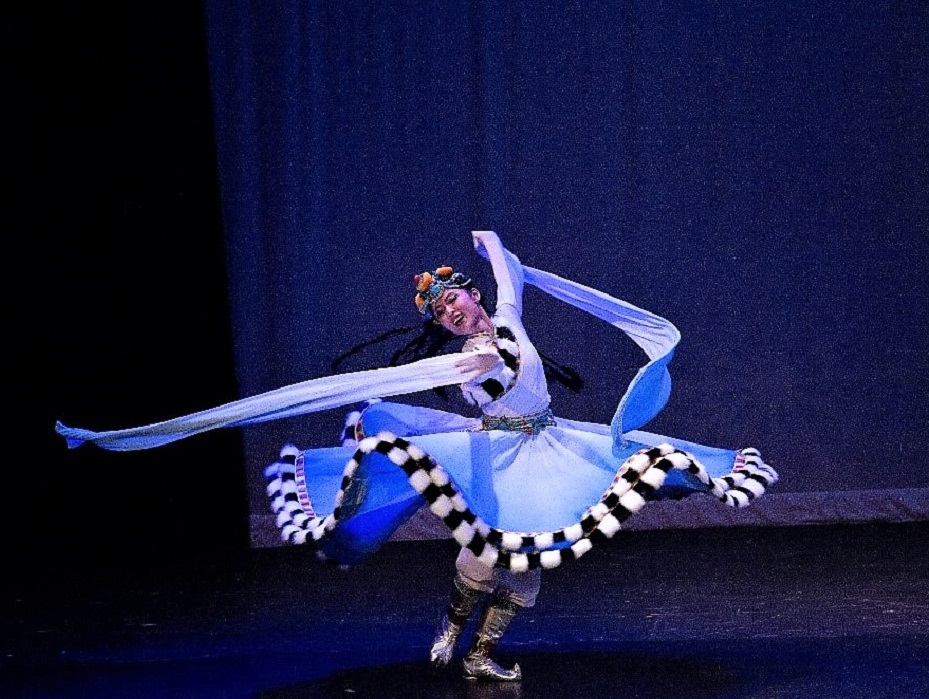 Yaqi Wu has performed and presented at major events in the Chinese communities in greater Boston area, impressing audiences with unforgettable beauty and artistry.

Yaqi Wu graduated from the Dance Department of Minzu University of China, the most renowned institution of Chinese folk dance. She earned an MFA degree in choreography and a BFA degree in dance education, and being ranked at top three students for to her academic and artistic excellence. She has won many awards in major dance competitions in China and became a unique dancer and dance educator in US. Currently she is the principal dance instructor and dancer at the Bright Pearl Dance Arts Academy in Boston, and instructor at the Asian American Dance Troupe of Harvard University.

While dedicated to promoting Chinese folk dance within overseas Chinese communities, Wu told reporters that she also wants to convey the value and beauty of Chinese dancers to the counterparts and audiences in mainstream communities in US. She has regularly performed with famous local contemporary dance companies such as Kairos Dance Theater, Pasy Contemporary West African Dance Company and Abilities Dance Company. 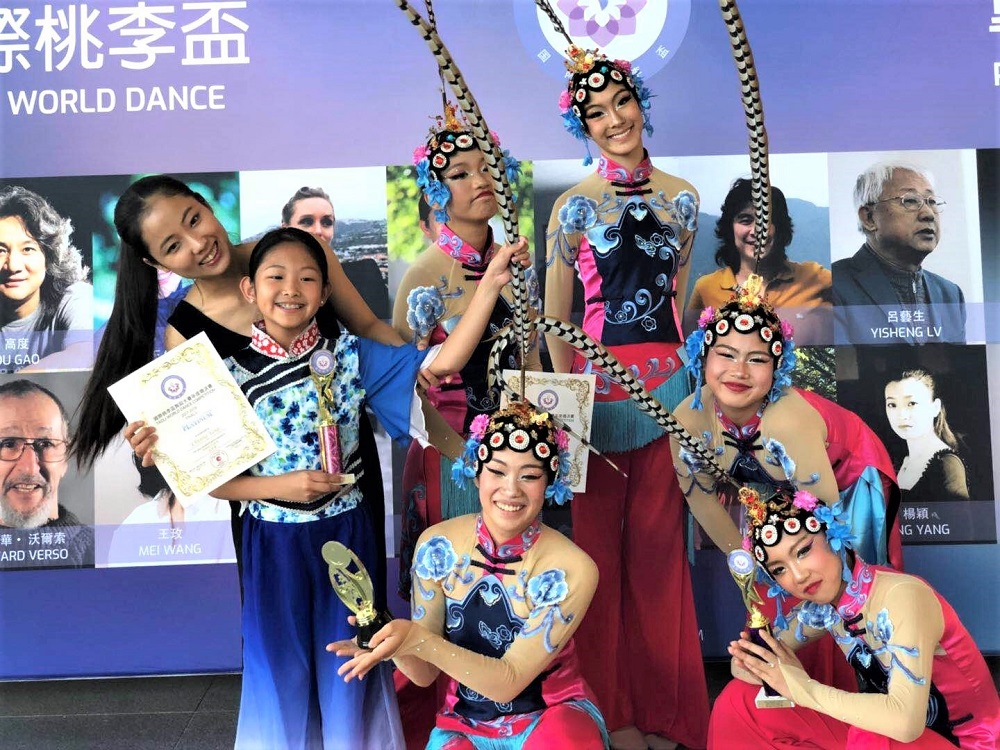 Group Photo of the Dancer Winners of the Youth Group with Their Instructor Wu Yaqi.

Proficient in Chinese dance and systematically mastered techniques of Western contemporary dance, Yaqi Wu uniquely combined the aesthetics and textures of both Eastern and Western dance into her performance and has been recognized by the professional dance circle. On Sept 28, 2018, her original choreography and performance of contemporary dance “With A River In Between” debuted at the popular event Third Life Choreographer Series in Boston area. Wu resonated the song of the famous departed Chinese composer Wang Luobin with the momentums and emotions in nowadays’ East and West societies, generated unique and exceptional artistic energy. Mr. Joe Burgio, artistic director of Ensemble Inedit, reviewed the work as: “it was authentic, inventive and performed with strength, power and grace …”

In the past four years, Wu has performed at Boston Dragon Boat Festival and other major cultural events in Boston, and was highly praised and loved by audiences. She said she felt lucky to be able to work in Boston, a city full of cultural and art atmosphere, and hope to engage more and more Western audiences with Chinese dance art. 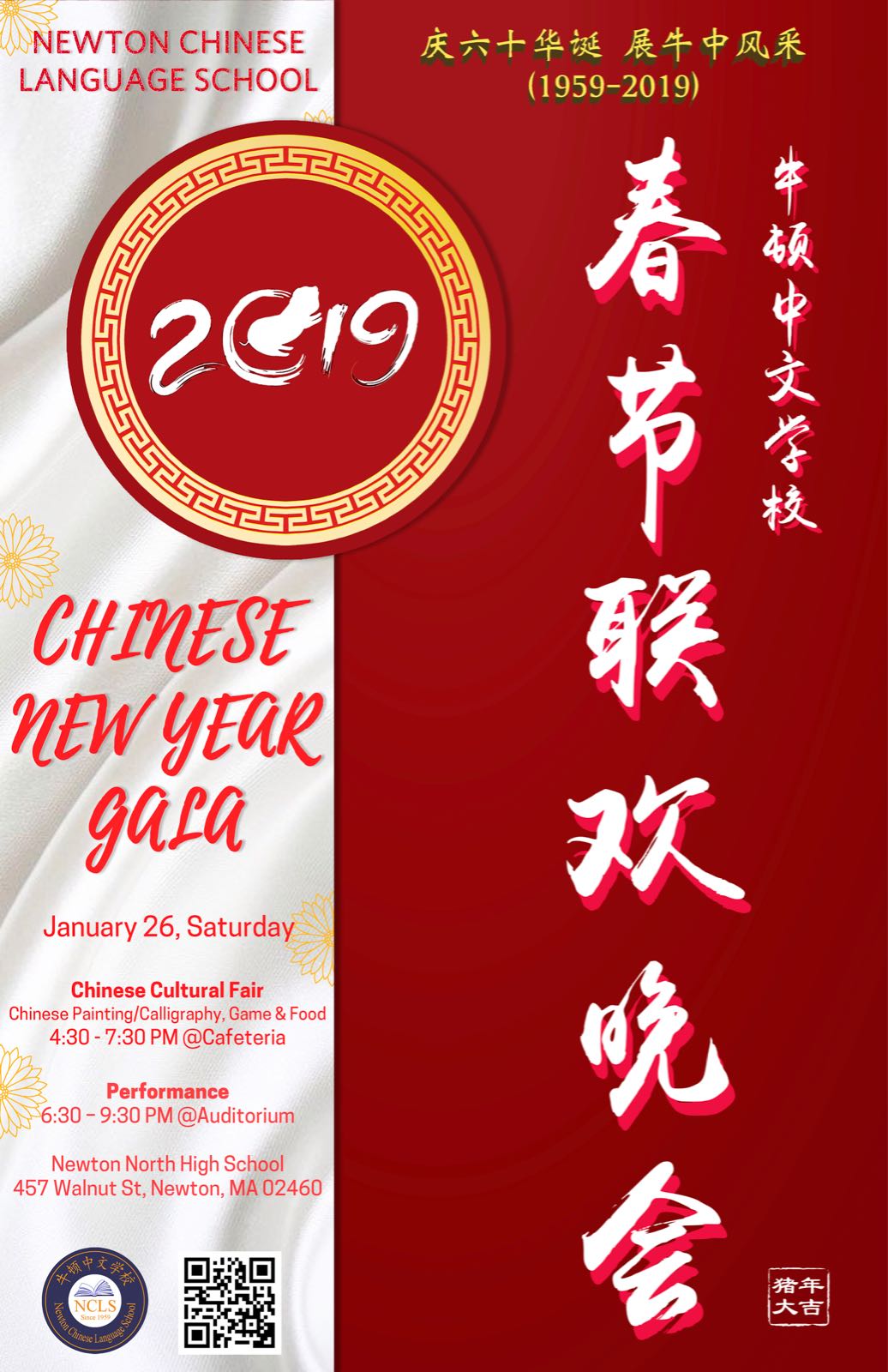 Looking ahead for 2019, Wu told bostonese.com that her students at Bright Pearl will perform at Newton Chinese Language School(NCLS)’s Chinese New Year Gala on Jan. 26. NCLS is celebrating 60th anniversary this year with a series of events.