Boston, Feb. 4, 2019, — The New England Patriots won the Super Bowl last night and that meant a parade would be coming to Magic Kingdom! Late after the game, it was announced that quarterback Tom Brady and wide receiver Julian Edelman would represent the Patriots in a victory parade. 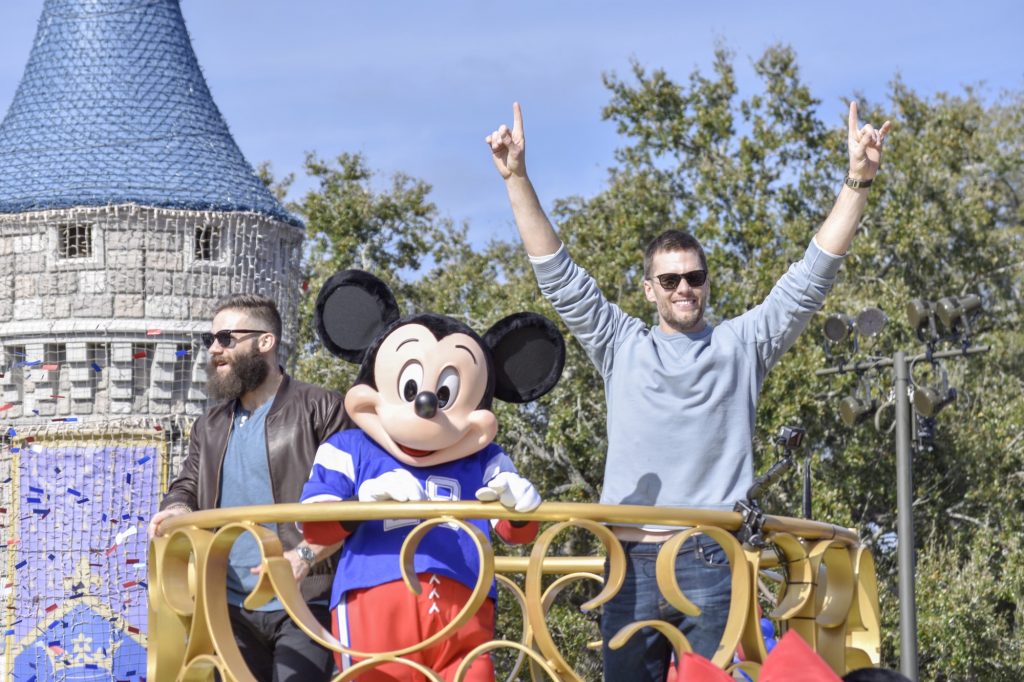 In the jubilant on-field celebration that followed the New England Patriots’ Super Bowl LIII victory on Sunday, quarterback Tom Brady and wide receiver Julian Edelman turned to the cameras and shouted with joy what Patriots players have proclaimed so many times in the past: “We’re going to Disney World!”

The City of Boston will host a duck boat parade Tuesday to celebrate the Patriots’ Super Bowl LIII victory over the Los Angeles Rams. Players and coaches will be on the famous duck boats for the “rolling parade”, a term that former mayor Tom Menino coined. Tomorrow, Feb. 5, is also the Chinese New Year Day.

If you park near the parade route, please make sure to check the posted street signs. Streets where Boston Police restricts parking will have posted signs that say, “No Stopping Boston Police Special Event.”