Feb. 27, 2017, Cambridge, Mass., — Current and former Chinese and Latino Happy Lamb Hot Pot workers held a rally in front of the Cambridge restaurant today. They protested against pervasive wage theft, retaliation, and abuse they have experienced since working at the popular restaurant chain. 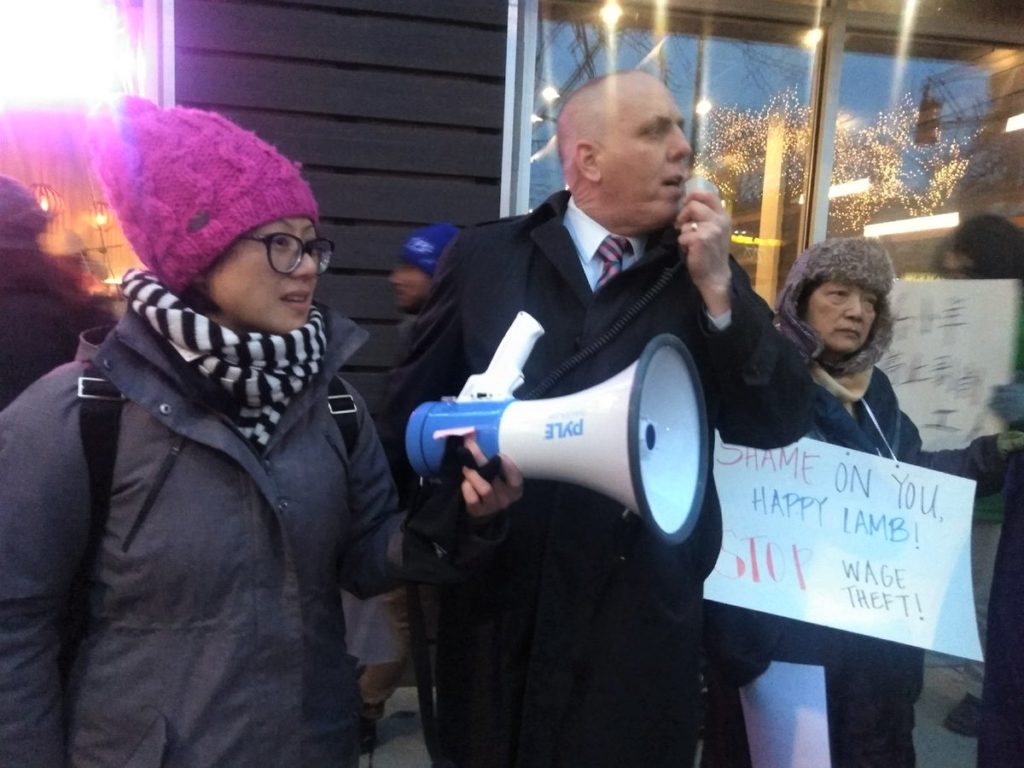 Elected officials also joined today’s rally. “Proud to join @CPAJustice and Community Labor United at a rally tonight in support of workers and their right to earn a decent wage. We will also stand together as a city and state to stop wage theft that is hurting so many low wage workers & immigrants throughout Greater Boston.” Boston City Councillor Ed Flynn wrote on twitter.


In October 2018, nine workers first brought attention to the Cambridge restaurant’s illegal practices by filing a federal lawsuit for violating state and federal wage and hour laws, including failing to pay minimum wage and overtime, stealing workers’ tips, ignoring paid sick leave laws, and retaliating against employees who tried to assert their rights.

The claims for lost wages and damages amount to nearly $800,000. Even after workers filed the lawsuit, the restaurant has continued its illegal practices. More workers are joining this fight. 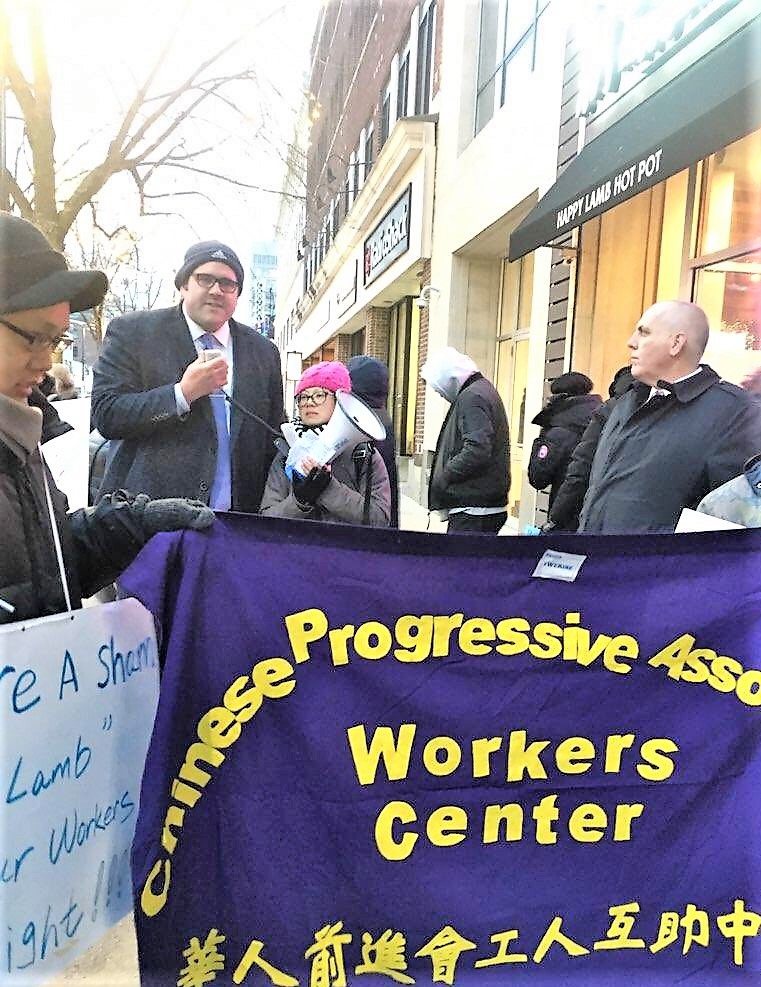 “Proud to stand with @CPAJustice in support of workers at Happy Lamb Hot Pot in #CambMa, where we’ve heard reports of wage theft. While I am proud to be a co-sponsor of wage theft legislation on Beacon Hill — we shouldn’t need to pass a bill to get businesses to do what’s right.” said Mike Connolly, State Representative for 26th Middlesex District.

Happy Lamb Hot Pot opened its first location in Cambridge in 2016. The restaurant chain recently opened a second Massachusetts location in Boston’s Chinatown and a third location is expected to open soon in Allston.