Beijing, April 22, 2019, — On the morning of April 21, the inaugural meeting of the Tsinghua Department of Astronomy was held in the main building, marking the completion of Tsinghua’s comprehensive scheme of science departments covering “mathematics, physics, chemistry, astronomy, geology and life science”. 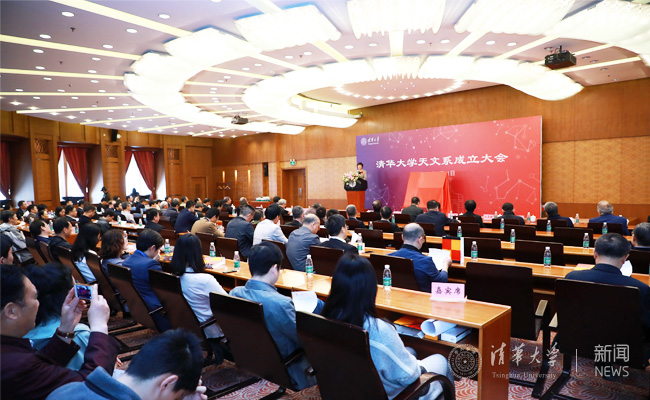 Attending the inaugural meeting were over 160 people including academicians and experts from domestic and foreign astronomy fields, representatives of relevant ministries, enterprises and universities. The meeting was presided over by Academician Xue Qikun, Vice President of Tsinghua University. 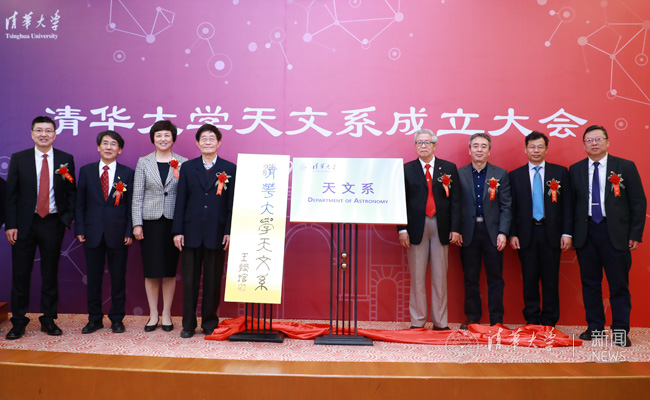 In her speech, Tsinghua University Council Chairperson Chen Xu noted that the establishment of the Department of Astronomy is a milestone in the development of astronomy in Tsinghua, strengthening basic disciplines in Tsinghua, injecting vitality into the overall discipline development in Tsinghua, and providing more possibilities for interdisciplinary collaborative innovation, as well as a new platform for talent cultivation at Tsinghua. She said that Tsinghua is willing to actively cooperate with all sectors of society to train more outstanding talents who would serve the country and pursue excellence, to produce more high-level scientific research results, to contribute to the development of China’s astronomy, and to make new and greater contributions to the development of the country, the happiness of the people and the progress of human civilization. 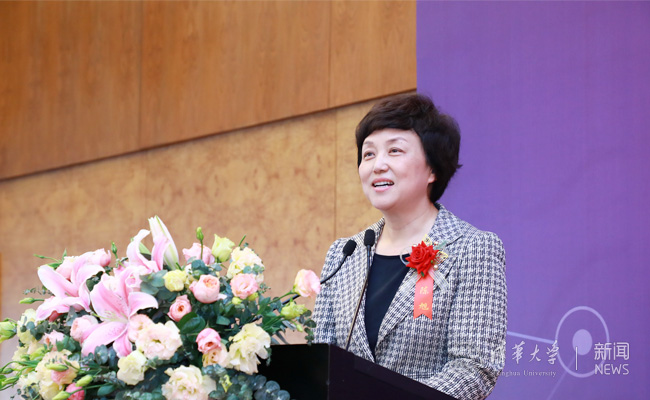 Following the inaugural meeting, a forum was held on the development of astronomy at Tsinghua. Experts, scholars and business representatives from domestic and overseas astronomical circles attended the forum. 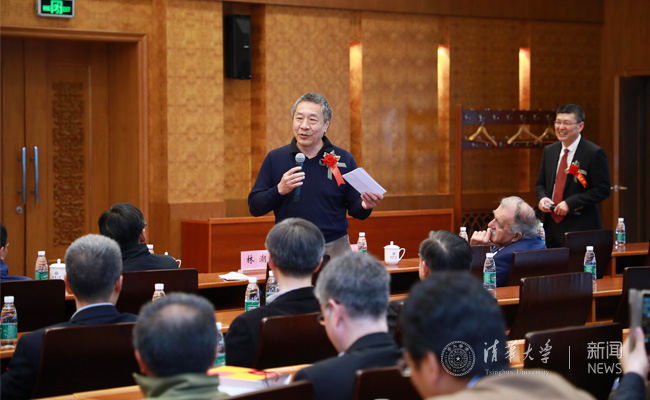 Tsinghua Center for Astrophysics, the predecessor of the Tsinghua Department of Astronomy, was established in 2001. After more than a decade of steady development, the center has trained a group of outstanding young talents for astronomy at home and abroad and formed an elite team with compact objects and high-energy astrophysics as its main research directions.