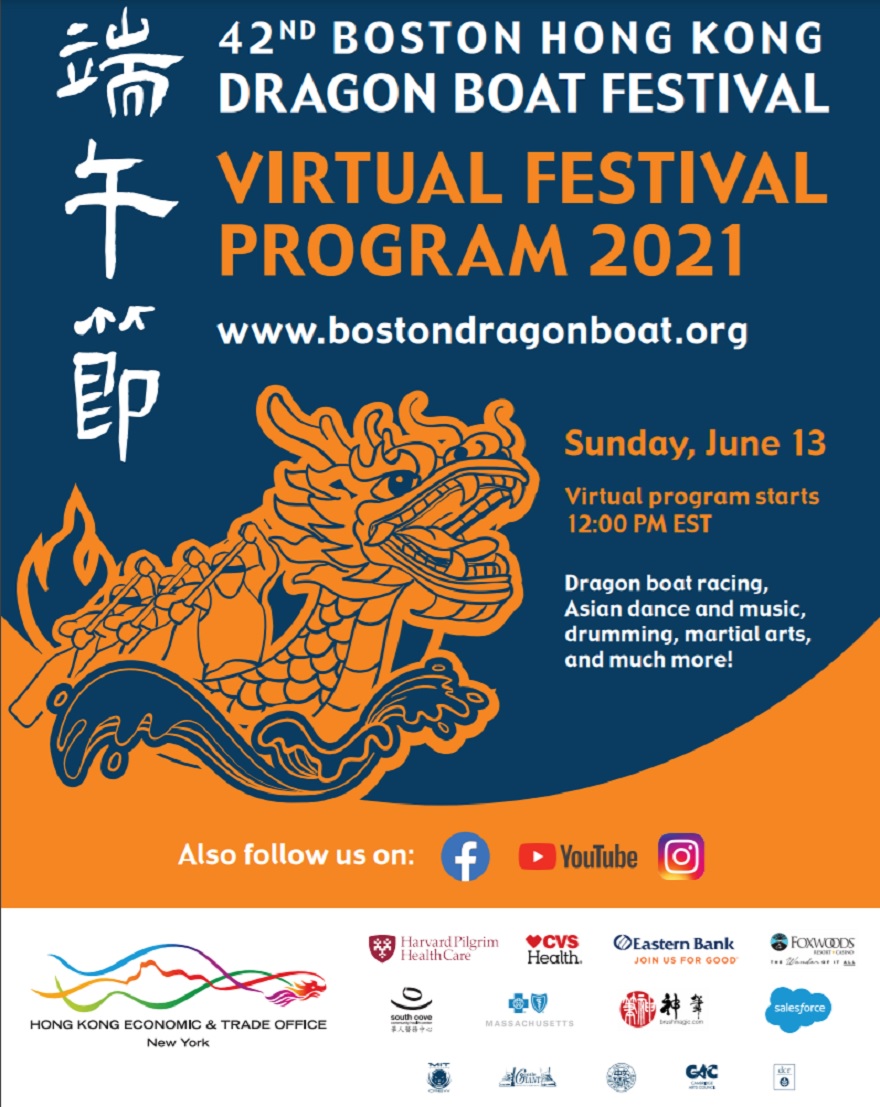 Thank you all for your support for the annual Boston Hong Kong Dragon Boat Festival, the largest Asian cultural festival in New England and the oldest dragon boat festival in North America. Next year we will see you on the Charles River by John W. Weeks Foot Bridge!

Traditionally held on the fifth day of the fifth lunar month (late May to mid June on the solar calendar), the Dragon Boat Festival commemorates the life and death of Qu Yuan (340-278 BCE). A political leader of State of Chu, Qu Yuan is recognized as China’s first distinguished poet. Qu Yuan lost the king’s favor and was banished from his home state of Chu because of his opposition to the prevalent policy of compromise to the powerful state of Qin. In exile, he wrote the poem, “Encountering Sorrow,” which shows a great loyalty to his state and its people. In 278 BCE, Qu Yuan learned the news that Chu had been conquered by Qin. Heart broken, he drowned himself in the Mi Lo River. The people of Chu rushed to the river to rescue him. Too late to save Qu Yuan, they splashed furiously and threw zong-zi (traditional rice dumplings wrapped in bamboo leaves) into the river as a sacrifice to his spirit and to keep the fish away from his body.

Today, Dragon Boat Festivals and races are popular around the world. The first Dragon Boat Festival in the United States was held in Boston in 1979, the first in North America. It is now the largest Asian cultural festival in New England. The Boston festival is used as a vehicle to promote Asian cultures and dragon boat racing, as well as to bring diverse communities together in Boston and the surrounding areas. Every year, more than 30,000 people lined the banks of the Charles to enjoy the festivities and performances.