Boston, Oct. 28, 2018, — The Chinese American Heritage Foundation (CAHF), a community-driven organization in Boston Chinatown that promotes the recognition and appreciation of the historical contributions made by Chinese-Americans to the United States, is fielding a “Harmony Through Union” float for the 2019 Rose Parade in Pasadena. 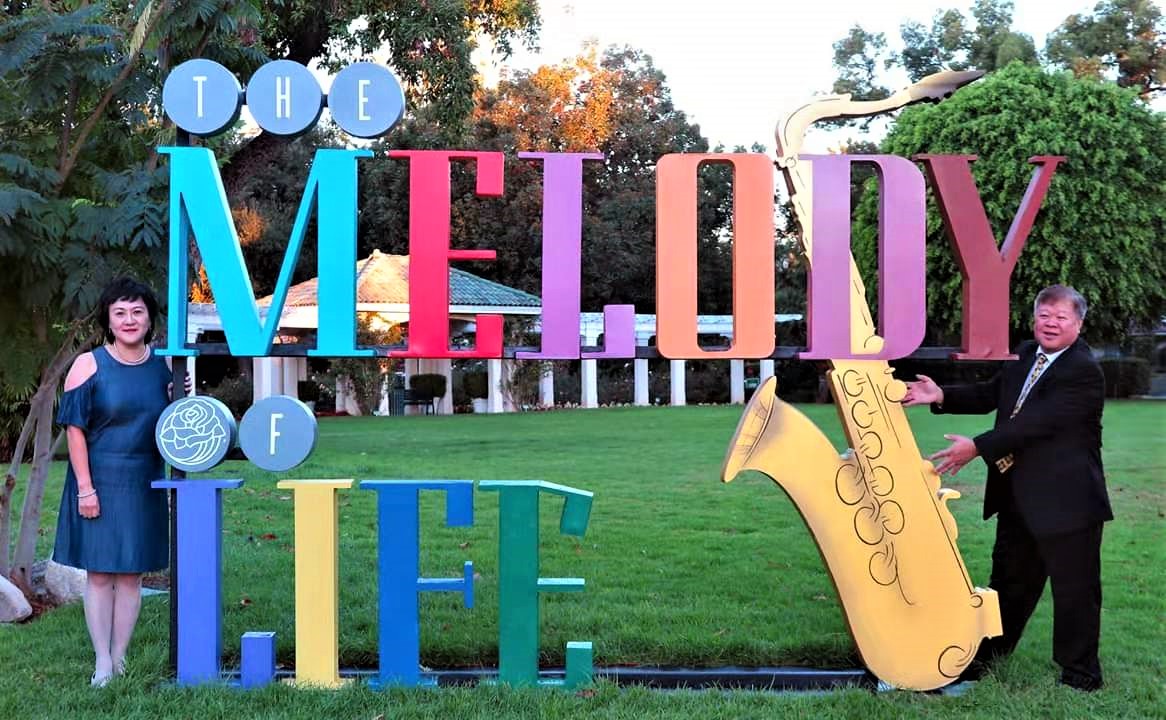 With the project, CAHF becomes the first Chinese American nonprofit organization to sponsor a Rose Parade float since the Tournament of Roses began in Pasadena in 1890, a CAHF statement said.

The Foundation said the float will present a dynamic reenactment of the momentous event when the Transcontinental Railroad was completed on May 10, 1869. Please help honor this historical achievement by immigrant workers by contribution to the GoFundMe campaign at www.gofundme.com/harmony-through-union.

Next year marks the sesquicentennial (150th) anniversary of the completion of the railroad which linked the east and west coasts of America, providing infrastructure that united the nation geographically, economically, historically, and symbolically following the Civil War.

President Abraham Lincoln effectively used the capital project of the Transcontinental Railroad as a way to bring the country together, with former Confederate soldiers working alongside former slaves, and immigrants of Irish, German, and Greek descent working in concert with Chinese laborers.

The perseverant and tenacious workforce was composed of over 14,000 Chinese railroad workers, with 80 percent of those on the Central Pacific Railroad hailing originally from the Pearl River Delta in China. 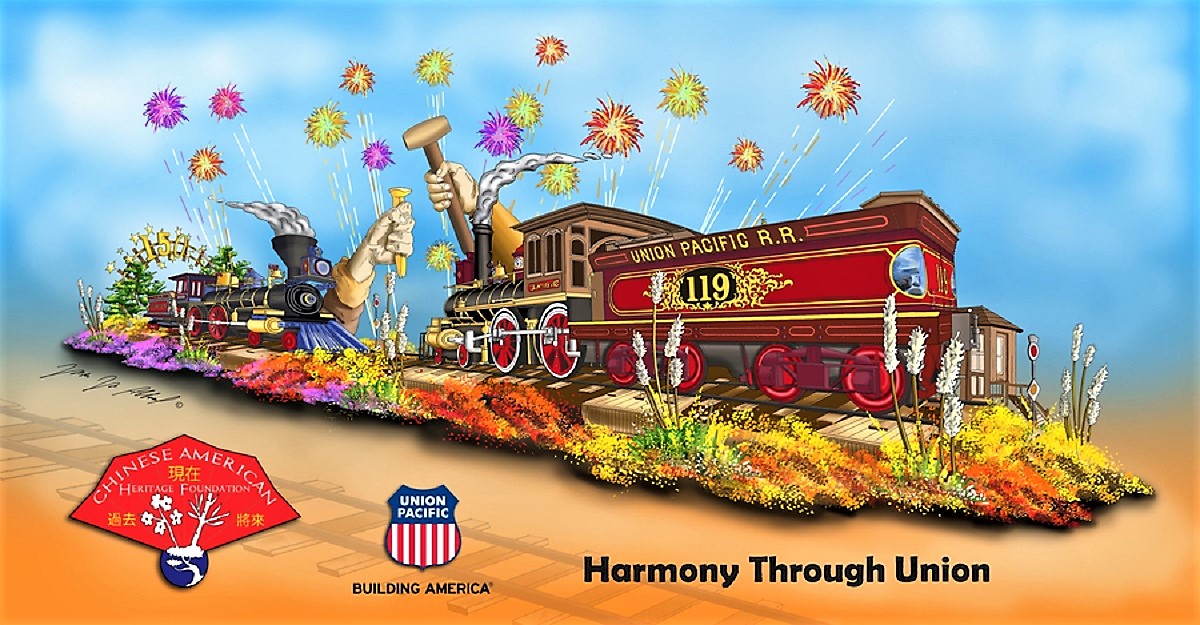 Union Pacific Railroad (UP) is joining CAHF as the foundation’s Golden Spike sponsor of the Rose Parade float. For 155 years, UP has focused on the important connection between rail transportation and our nation’s strong economy, while honoring the generations that preceded us and providing promise for the generations to come.

“Union Pacific is honored to partner with the Chinese American Heritage Foundation as this year’s Golden Spike sponsor of the Rose Parade float,” Scott Moore, Union Pacific’s senior vice president of Corporate Relations and chief administrative officer, said. “The railroad linked the country and formed our nation’s backbone, building communities along the way and uniting a nation. Chinese laborers and immigrants were instrumental in the work necessary to achieve the monumental task of completing the Transcontinental Railroad.”

Esther Zee Lee, Chair of the Board of Directors for CAHF, said their float will draw international attention to recognizing the contributions of immigrants in building America.

“Immigrant contributions are not widely taught in our history books or discussed in our culture. So we hope to shine more light to the role of immigrants in uniting and building our country,” Lee said.

The family of Esther Lee’s husband, Wilson Lee, immigrated in 1865 to work on the railroad. The CAHF said it was Wilson Lee’s family history that originally sparked the concept for the Harmony Through Union project that has been 10 years in the making.

Representatives and descendants of the Transcontinental Railroad workers will ride aboard the float, while celebratory Chinese lion dancers herald the float along the parade route. An original musical anthem will provide a soundtrack to complement the Rose Parade theme, “The Melody of Life.”

Composer and innovator Blythe Abigail Su-Ren Schulte, a performance artist of Chinese and German descent, will debut her new song “Out of Many, One” during the float’s journey down the streets of Pasadena on New Year’s Day. The song will be released as a single following the parade and made available via iTunes, Amazon, Spotify, and other digital streaming services.

The Foundation said its Harmony Through Union float will also represent the whole Harmony Through Union project that encourages inclusion of the role of Chinese laborers in the educational curriculum for grades K-5, and distribution of information to public and private schools and nonprofit learning centers under a yearlong program called We Built America.

For additional information about the CAHF and its programs, visit www.cahf.us. The CAHF also encourages support for its Rose Parade float through a GoFundMe campaign, accessible through www.gofundme.com/harmony-through-union.

“We are inviting all Americans to be a part of the rich history of the Transcontinental Railroad and its place in the development of our great nation,” wrote Esther Lee. “Your donation will help us build and decorate the float which will glide down the parade route on New Year’s Day 2019.”