Boston, May 1, 2019, — Grace KelsangMetog Cai and her Encore team just won 2019 Theatre On Ice International Championship in Epinal, France on April 27, 2019. Grace and her teammates were very proud when they saw American flag rising with the Star Spangled Banner at the award ceremony.

Grace KelsangMetog Cai is straight A student at Oak Hill Middle School in Newton, Mass., and a member of the school math team. “Kelsangmetog” is Tibetan for Lucky Flower. Her mother’s side family is from Tibet, China. Although Tibet is known as snow-land, figure skating is a rare sport to participate in there. Her mother graduated from Boston College with Master in Accounting and Simmons College with Master in Business Administration. Her father is from Guangdong, China and a Tsinghua university graduate.

Grace joined the skating club of Boston in 2013. She started skating at age 4 with the Skating Club of Boston’s Skating Academy and won the 2015 Marion Proctor Trophy. She has skated for six years on two of Boston’s Theatre on Ice teams, Center Stage and Encore, that each won medals at the National Theatre on Ice Competitions. Please check these websites for more information about theatre on ice programs:
https://www.usfsa.org/programs?id=83959 and
https://toiboston.org/teams/encore-of-boston/. 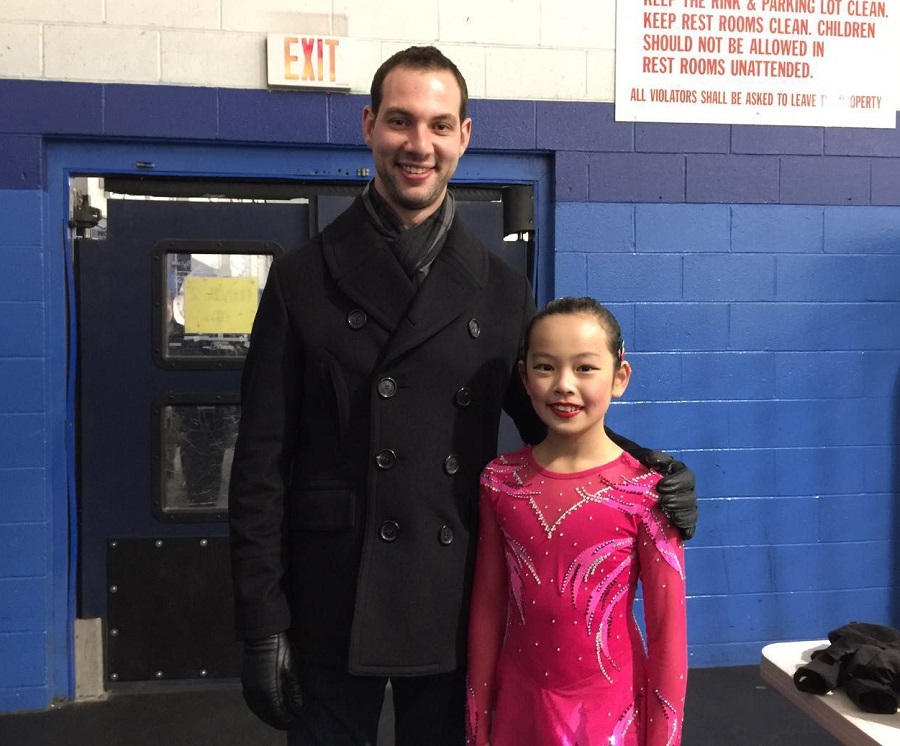 Grace competed at the Juvenile Girls event at the 2019 New England Regional Championships. Her head coach Simon Shnapir is an Olympic medalist and also her role model. Grace trains 6 days a week. She hopes that in the future, she can follow her coach’s footsteps and have a National or Olympic medal of her own.

Figure skating is a big hobby of her life, but that’s not all she can do. Grace plays piano and yangqin (Chinese Dulcimer). She is a member of the Oakhill Orchestra as a violinist and the Chinese Youth Orchestra as yangqin player. She will perform yangqin solo at Boston Chinese Musician Association concert on May 18th, 2019. She also likes singing and acting. She will join the cast for “Who is Ding Long” by Boston Maple Drama Club on May 25, 2019. 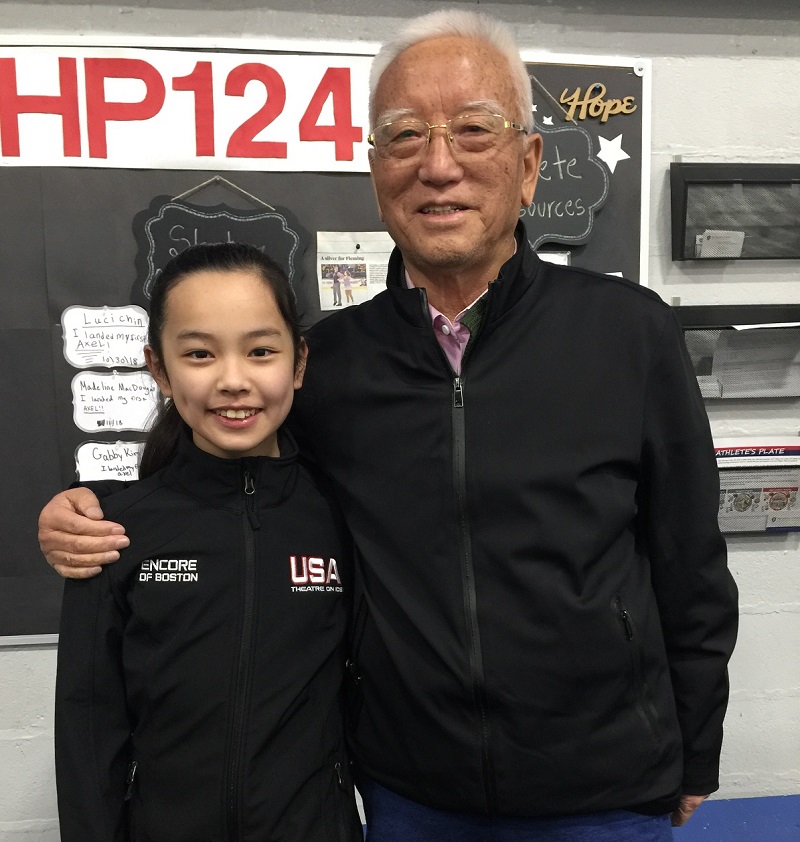 Grace’s grandfather Prof. Jiangbian is a famous writer and Tibetan translator in China. He congratulated Grace’s first world championship, and wished many more to come while he was attending Beijing International Film Festival.

Grace does volunteer work in the community regularly and earned the 2018 President’s Service Volunteer Award Silver Medal. Grace is 12 years old. She will continue to work hard and be successful at both at school and her skating dream.