Beijing, China, Nov. 1, 2019, — the Chinese Civilization and China’s Path academic forum hosted by the Academy of Chinese Culture and the Kuhn Foundation was held today. More than 20 well-known Chinese and foreign scholars, such as Professor Michael Szonyi, director of the Fairbank Center for East Asian Studies at Harvard University, Li Junru, forumer vice president of Party School of the Central Committee of CPC, Wolfgang Kubin, Chair Professor of the Department of Libteratur at Shantou University, Elizabeth Economy, Director of Asia Studies at the Council on Foreign Studies, and Qian Chengdan, Chair Professor of Boya Plan at Peking University, along with 300 students at the Academy of Chinese Culture attended this forum. 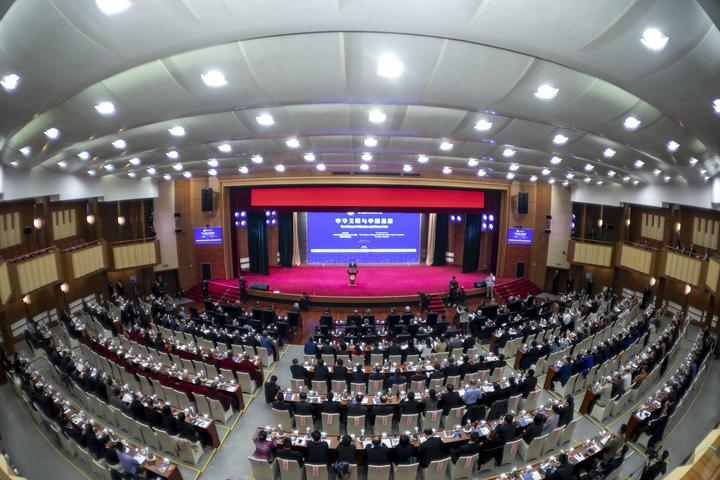 In his opening remarks at the forum, Dr. Robert Lawrence Kuhn described the 70 years of the founding of New China and his 30 years in China. In addition to economic success, Dr. Kuhn pointed out two historic changes worthy of a book. One is from closure to a global leader of openness, and the other one is from poverty to prosperity, making outstanding contributions to the cause of world poverty reduction.

Dr. Kuhn summed up the six factors of the “Chinese miracle”. First, it is directly related to the strong unified leadership and correct decision-making of the ruling Communist Party of China, and “under the premise of political stability, China can fully mobilize economic and market vitality so that China can achieve these goals”.

“Chinese the hard work of the people, who support and support government policies and make long-term efforts to improve family life and the destiny of the country, are also key factors. Kuhn said. Furthermore, the Chinese Government’s policies and objectives are long-term, generally with long-term, medium and short-term goals, and policies and measures to achieve these goals are constantly adjusted and revised according to the situation.

The decision of reform and opening-up stimulates economic development and stimulates the vitality of innovation. Two other key factors in the Chinese miracle, Kuhn said, are that the Chinese government conducts small-scale testing and testing before implementing and promoting a project or policy, and that lessons learned will not be replicated nationally until lessons are optimized; These approaches are all worth encouraging.”

In July, Mr. Kuhn’s efforts took another step forward, making a documentary about China’s “precision poverty alleviation” from a foreigner’s perspective and airing it on PBS Television, a US public television network. As a host and writer, Dr. Kuhn followed the film crew to poor families in western China. In his view, this kind of hard work is worth it because poverty alleviation is a perfect way to tell the true Chinese story. 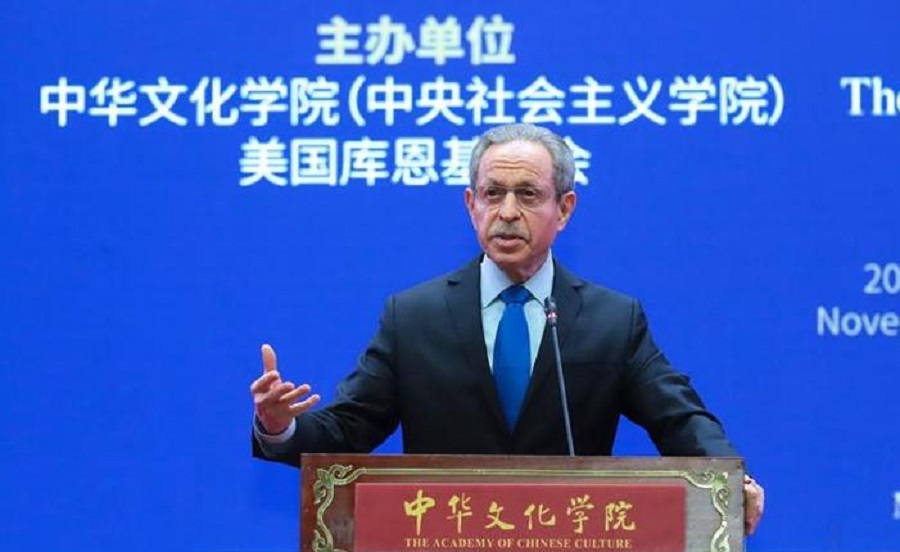 At the end of his speech, Dr. Kuhn said: “China had sent a message to the world that by 2049, the 100th anniversary of the founding of PRC, China would be a prosperous, strong, democratic, civilized and harmonious socialist modern country. “The whole world is watching us, and we have to work for it.”


Dr. Robert Lawrence Kuhn is a public intellectual, international corporate strategist and investment banker, and a renowned expert on China. He was awarded the “China Reform Friendship Medal” by China’s President Xi Jinping at the celebration of the 40th anniversary of China’s historic reform and opening up (December 2018). The medal, China’s highest award, honors 10 foreigners who contributed to China’s reform and opening up over the four decades. Only five of the 10 foreigners are living. Dr. Kuhn is one of two American receipians.

For over 30 years, Dr. Kuhn, with his long-time partner, Adam Zhu, has worked with China’s state leaders and advised the Chinese government. He spoke at the launch ceremony of President Xi’s book, The Governance of China; he provided live commentary on CNN for Xi’s policy address during his U.S. state visit (2015); and he introduced to foreign audiences Xi as “core” of the CPC (2016). He gives regular commentary on US-China relations, including on the trade war (2018). For the 19th CPC National Congress (October 2017) and 13th National People’s Congress (March 2018), Dr. Kuhn was interviewed extensively, including 24 times on CNN and BBC, and provided in-depth analysis for China Daily and the South China Morning Post.

Dr. Kuhn is the author of How China’s Leaders Think (featuring President Xi), and The Man Who Changed China: The Life and Legacy of Jiang Zemin (China’s best-selling book of 2005). He wrote the Introduction for Understanding the CPC, the book series by China’s ruling party, the Communist Party of China (2015). Dr. Kuhn has a B.A. Human Biology (Johns Hopkins); Ph.D. Anatomy/Brain Research (University of California at Los Angeles, UCLA); MBA (Massachusetts Institute of Technology, MIT).