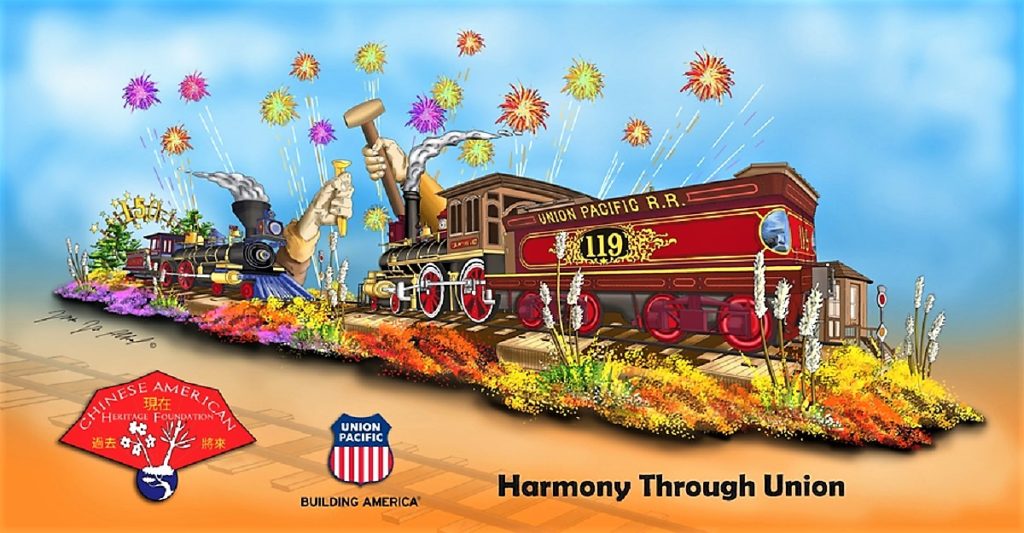 CAHF will sponsor the “Harmony Through Union” float at the upcoming 2019 Rose Parade on Jan. 1, 2019 to honor immigrants who completed the US Transcontinental Railroad 150 years ago.

My great-great-grandfather, Yue Mun Lee, came to the United States in the 1860’s to work on the Transcontinental Railroad. After the completion of the railroad, he and his brother pooled their funds together, settled in East Chicago, and opened a hand laundry to service workers in the steel industry. Sensing an entrepreneurial opportunity, they opened a second laundry in Gary, Indiana, just 8 miles away. They brought over their younger brother from Taishan, China to help them manage their new store. It was in Gary, Indiana where my grandfather grew up.

Yun Mun Lee was one of over 14,000 Chinese from the Pearl River Delta of China who were recruited by Central Pacific Railroad to build the Western half of the Transcontinental Railroad.

The Chinese railway workers lived in camps, sleeping in tents, boxcars, or emergent tunnels. They did their own cooking over open, outdoor fires. They mainly ate a diet of rice and dried salmon, washed down with tea. With their low salaries, they could not afford fresh fruit and vegetables, so many of the men suffered from scurvy (a painful disease caused by a diet without vitamin C).

The camps were crowded. Diet and living conditions were poor. Many got sick. In the winter, it was very cold, and the open fires were the only way of keeping warm. Whenever the workers put down more tracks, the camps had to be moved further down the line. When it was time to move camp, the Chinese workers would take down their tents, pack their belongings, and move everything to the next camp, often hiking over 25 miles — in addition to laying rails and tunneling through mountains.
Workers were in short supply. Between 1863 and 1867, as many as 1,400 Chinese men came to California to work as laborers on the Central Pacific Railroad. The Chinese workers were employed for $1.00 a day, and from this $1.00 the workers had to still pay for their food and their camping and cooking gear. Caucasian workers did not have to pay for these things, even though they were paid more money ($1.50 per day).

In addition to being paid less, Chinese workers were given the most backbreaking and dangerous work to do: They cleared and graded the railway’s roadbed; they blasted tunnels through the rock. There were accidents and disasters. Landslides and dynamite blasts killed many. There was no proper medical care and many Chinese workers depended on herbal cures in the desert to help them. Some even turned to opium to relieve their intense pain.

Great-great-grandfather and his fellow railroad workers also turned to music and Chinese songs to soothe their souls and put themselves to sleep after working 12-hour days.

Their struggle and hardship are reflected in those songs: lacking musical instruments, they would beat on plates and bowls with their chopsticks. The style, rhythm, and beat is very similar to rap, but in a slower form.

Music brought them the sounds of their homeland. The music and familiar tunes comforted and reminded them of their families back in China, who they also supported with their meager earnings, while managing to save for their own advancement. The Melody of Life to my great-great-grandfather was not only the literal music from their memories of China, but it served as an anthem of hope — the promise of another day, another dollar, and a way forward. It was more than they had in China. America gave them hope.

150 years later, the contributions of our ancestors are forgotten. We need to honor their contributions to the building of America. That’s why our organization, the Chinese American Heritage Foundation, was formed: to pay tribute and honor all immigrants — to tell all their stories — for those are the missing chapters in the history of America. 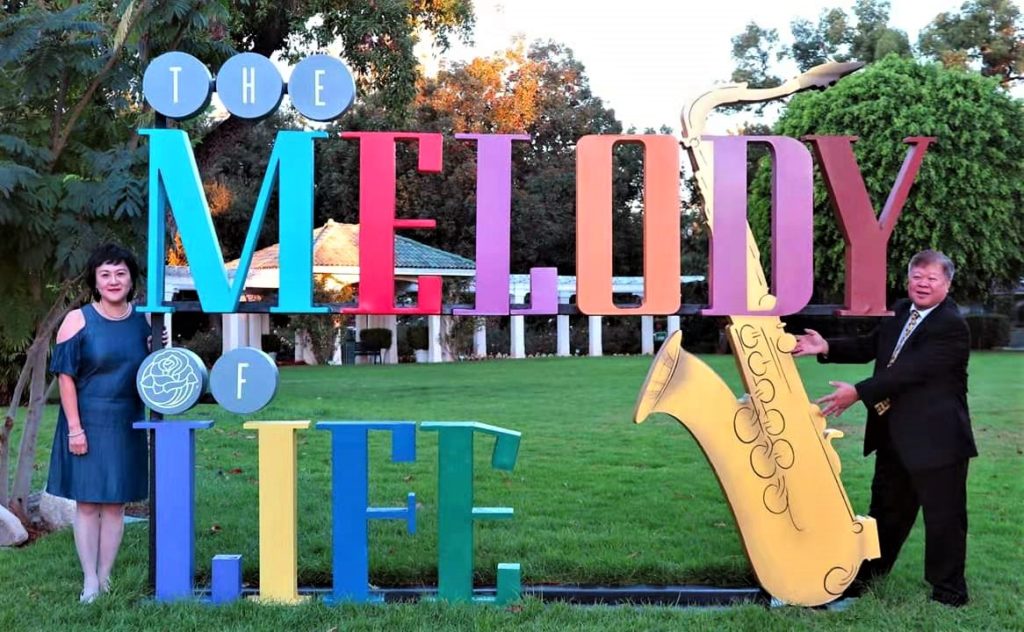