Washington, DC, July 15, 2022, — In the morning of July 15, Congresswoman Grace Meng delivered a keynote speech at 2022 United Chinese Americans(UCA) National Convention. She reflected her journey of becoming one of the first few Asian Congresswomen and encouraged attendees to remain united in the fight for racial justice and against anti-Asian hate crimes. 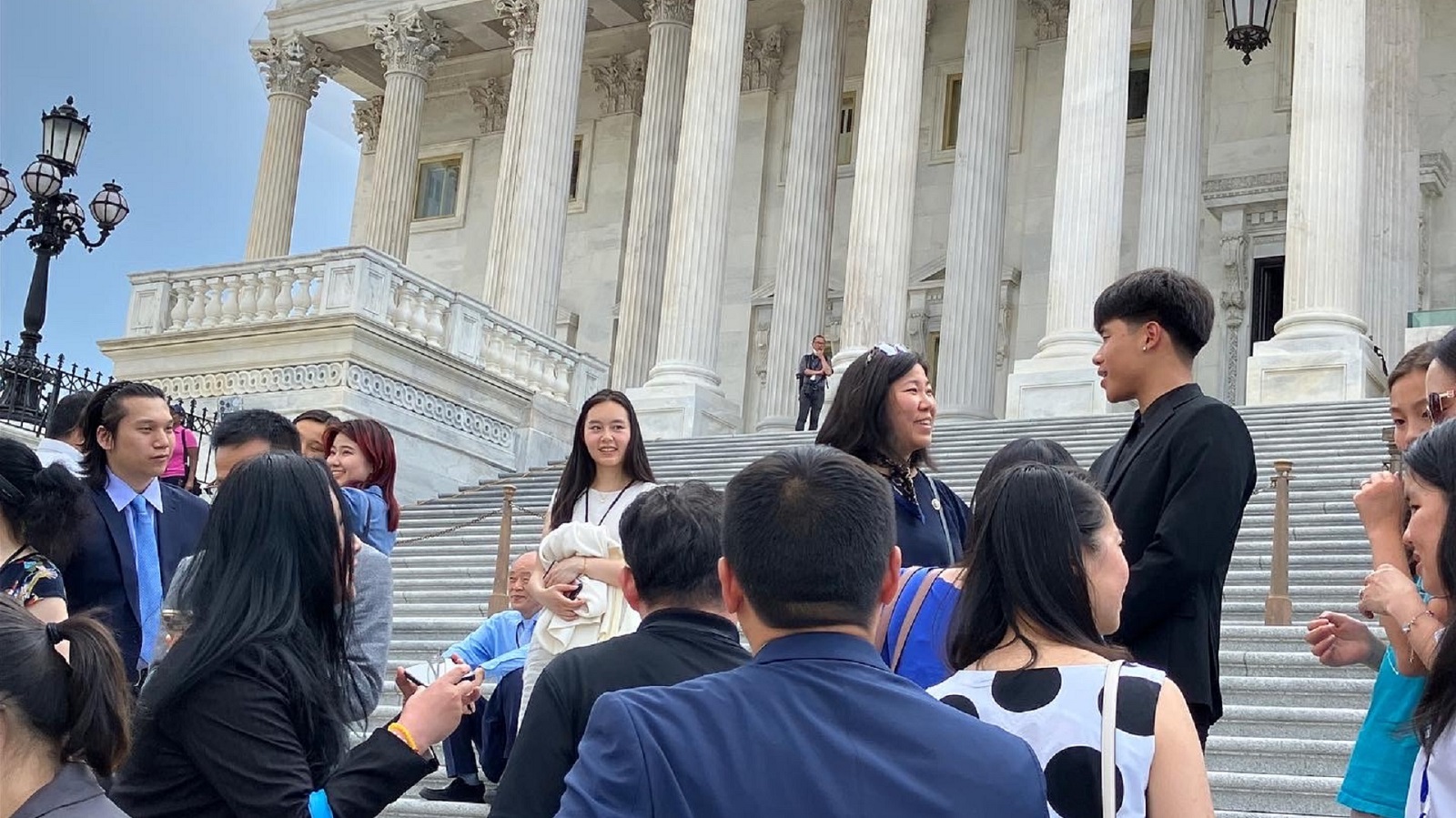 Meng also greeted attendees of UCA Youth Convention on the stairs of UC Capital during the convention. She praised UCA for providing Asian youth leaders this great opportunity for civil engagement.

During her speech, Congresswoman Meng mentioned the surge of Anti-Asian hate crimes since the COVID-19 pandemic in March 2020. She worked very hard with fellow Asian representatives to push for the anti-hate crime bill, and it was signed by President Biden in May 2021.

Born in Elmhurst, Queens, and raised in the Bayside and Flushing sections of the borough, Grace attended local schools, and graduated from Stuyvesant High School and the University of Michigan. She then earned a law degree from Yeshiva University’s Benjamin Cardozo School of Law.

Prior to serving in Congress, Grace was a member of the New York State Assembly. Before entering public service, she worked as a public-interest lawyer.

Grace resides in Queens with her husband, Wayne, and two sons, Tyler and Brandon.