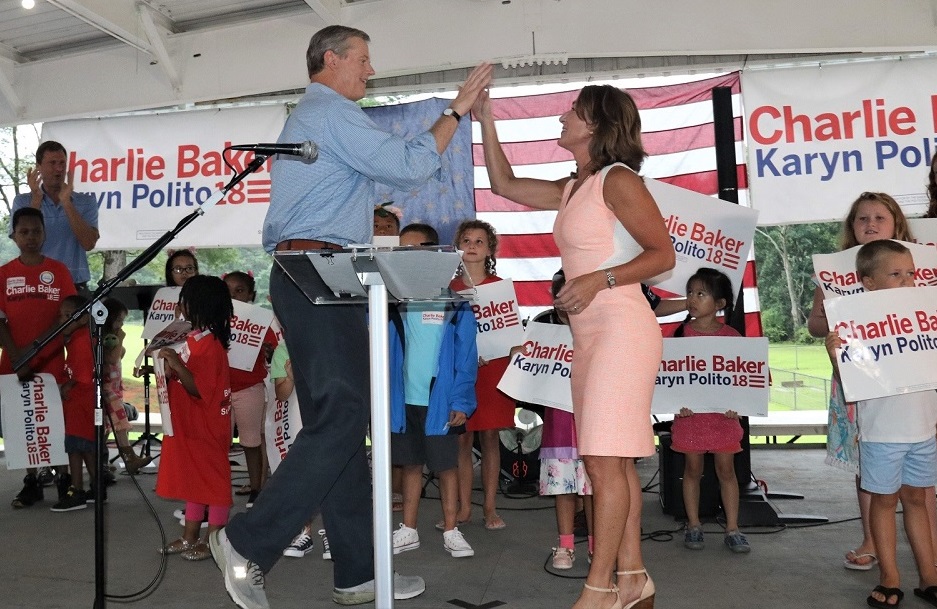 “Lt. Governor Polito and I started this journey four years ago because we wanted to make Massachusetts a better place to live, work, and raise a family; and we’re proud that our bipartisan, reform-oriented leadership is delivering results,” said Governor Baker. “We are proud to have supported our business community and workforce to unleash growth and over 150,000 jobs, enacted landmark legislation to combat the opioid epidemic, invested historic amounts in our local public schools, and reformed broken state agencies, all while holding the line on taxes. Most importantly, we’ve demonstrated that Massachusetts can be a proud example of how working together across the aisle can create progress, and move our Commonwealth in the right direction.”

“Since taking office, we have focused on delivering the kind of bipartisan reforms and leadership that the people of Massachusetts voted for in 2014,” said Lt. Governor Polito. “We are humbled by the trust that voters have placed in us to work with our colleagues on both sides of the aisle and in local government to advance priorities that strengthen Massachusetts’ communities and families. As we launch our campaign, we’re looking forward to making our case about why it’s important that we continue this positive momentum.”