Boston, May 22, 2013, — Mayor Thomas M. Menino today gave a full progress update on Boston’s innovation center, and revealed the name of the building under construction at 75 Northern Avenue on the South Boston Waterfront. District Hall will play a central role in the social infrastructure of the growing Innovation District and will serve as a home base for entrepreneurs to make connections, build relationships, and convene programs and events. 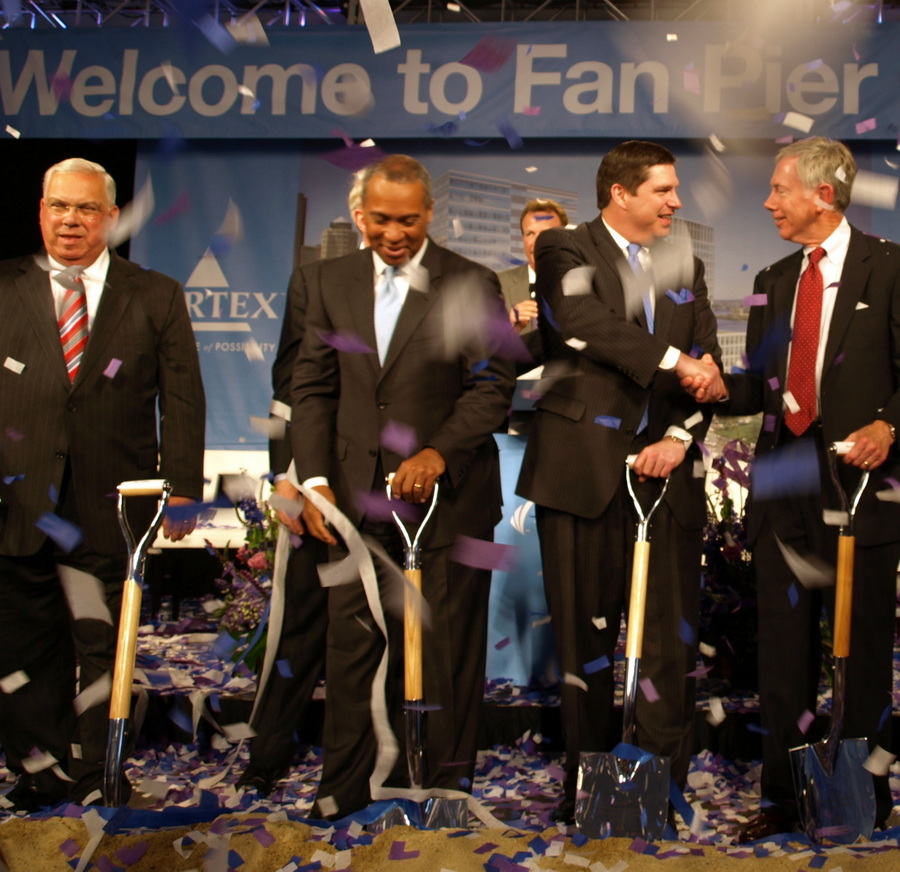 “Vibrant communities of innovation, such as the one we are helping to build at District Hall, are fundamental to helping unleash and maximize the potential of individual creativity. We are honored that Mayor Menino invited us to be part of this public-private partnership that embodies the intrinsic belief that innovation is core to the health and continued renewal of our economy,” said Tim Rowe, Founder and CEO, Cambridge Innovation Center. “This novel approach to promoting and fostering collaboration to create new solutions, new businesses and new industries will only further the City of Boston’s role as a global leader in solving the world’s greatest challenges through innovation.”

The one-story, 12,000 square foot building includes 9,000 square feet of space that will be outfitted with vital assets to innovation companies, like modular meeting and event spaces, and short term space for start-up labs. District Hall will also include a 3,000 square foot restaurant and test kitchen to be operated by The Briar Group. The restaurant will serve breakfast, lunch and dinner, and is slated to open in fall 2013.

District Hall will open in mid-June with limited programming through the summer, ramping up for a large launch and full opening event this fall. The building’s development team includes Boston Global Investors and Morgan Stanley, contractor John Moriarty & Associates, and architect Hacin & Associates.