June 29, 2021, Boston —  UNITE HERE New England Joint Board (NEJB) today announced their endorsement of City Councilor At-Large Michelle Wu for Mayor of Boston, an important endorsement from a union representing thousands of workers in he textile, garment, manufacturing, warehousing, laundry, human service, and hospitality industries across the city and state. Calling her a courageous leader and fearless fighter, NEJB UNITE HERE said that Wu is the best candidate to lead Boston as the city recovers and champion issues of importance to members and their families. 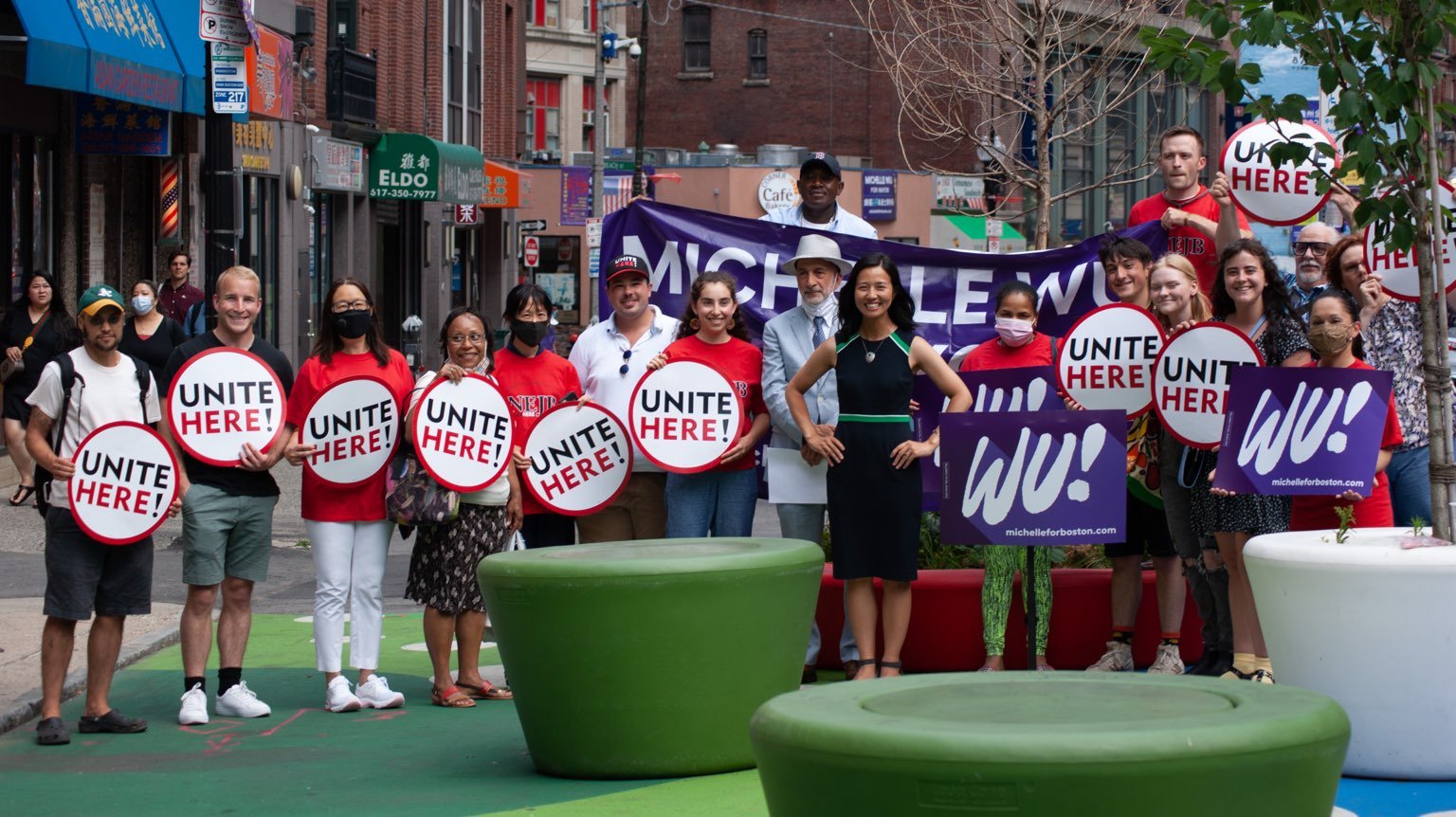 “Michelle Wu knows that unions are the backbone of Boston’s middle-class. She is unafraid to stand shoulder to shoulder with Unions to create a world that is fair and transparent for all. She has the bold vision and leadership that Boston needs in the Mayor’s office. That is why the New England Joint Board UNITE HERE is proudly endorsing Michelle Wu to be the next Mayor of Boston,” said Warren Pepicelli, Manager, New England Joint Board UNITE HERE.

“From organizing immigrant textile workers in Chinatown in the 1900s, to helping Pavement Coffee staff become the state’s first unionized coffeehouse, NEJB Unite Here has always led the way for Boston’s workers. I’m honored to be endorsed by NEJB Unite Here and look forward to continuing to partner with them to fight for fair wages, safe conditions and a Boston for everyone,” said Michelle Wu.