Weifang, Shandong Province, China, Jan. 2, 2019, — Less than two months after the Shandong and Chongqing Pavilions were successfully launched, the Launching Ceremony of Heilongjiang Pavilion will be held on Jan. 6. Porter City has become center of economical growth of the greater Bohai Bay area, which is one of the three bay areas in China that will be engine of innovation and investment for years to come. 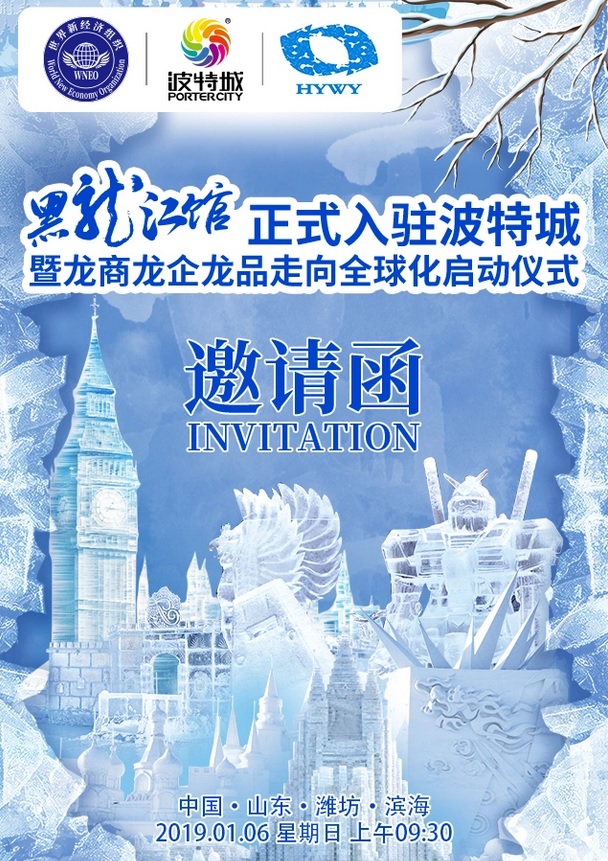 Heilongjiang is a province of the People’s Republic of China. Located in the most northeastern part of the country. Heilongjiang is bordered by Jilin to the south and Inner Mongolia to the west. It also shares a border with Russia to the north and east. The capital and the largest city of the province is Harbin. Among Chinese provincial-level administrative divisions, Heilongjiang is the sixth-largest by total area and the 15th-most populous. The Heilongjiang Pavilion at Porter City will become the hub for products and services from Heilongjiang province to enter world stage.


Guided by the World New Economic Organization, the Chongqing Pavilion officially settled in at Porter City on Dec. 8, 2018. The launching ceremony was successfully held at the New Economic Enterprise Headquarters of Porter City (Bohai Dawan District). More than 100 guests from Chongqing and other provincial and municipal government representatives, representatives of business associations, entrepreneurs, and elites from all walks of life witnessed the exciting moment. The launching ceremony also symbolized that businesses and business products from Chongqing are entering global markets. 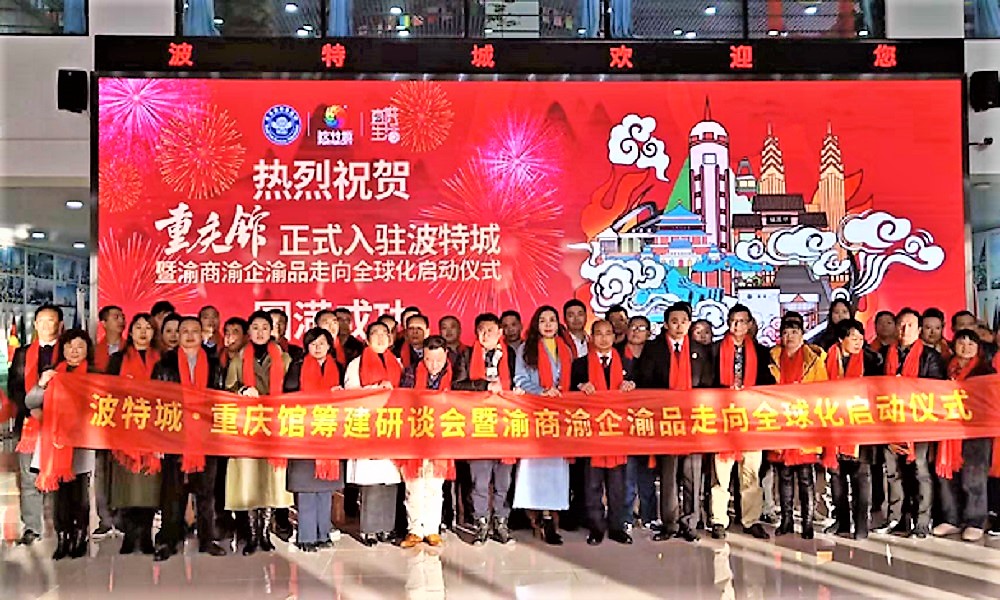 The innovative format of this new economic development has already begun to bear fruit. Less than a month ago, Shandong Pavilion was officially unveiled and started construction on Nov. 10. The establishment of the Shandong Pavilion will help Shandong enterprises share development platform, and a huge new economic consumer market. It will also help the transformation and upgrading of Shandong entity enterprises and go global, and realize the opportunities of globalization.

The Chongqing Pavilion officially entered the new economic enterprise headquarters of Port City, which further promoted the global resource concentration of the innovative economy of Port City. New Economy expert Chen Zongjian, who is founder of Porter Holding International, Inc., said that in recent years, Chongqing relied on the first-mover advantage of development and opening up, and was supported by a number of major national strategies. With the opening of the China-European class (Chongqing), the economic development space advantage is outstanding. At the same time, the ever-evolving quality development needs have become increasingly prominent, and Chongqing enterprises are exploring a New Economy development path.

The Porter City project will host special cultural center and apartment housing supporting facilities, such as new economic clusters. After the completion of the project, Porter City will absorb about 100,000 enterprises, and the annual comprehensive transaction volume is expected to exceed 500 billion RMB.