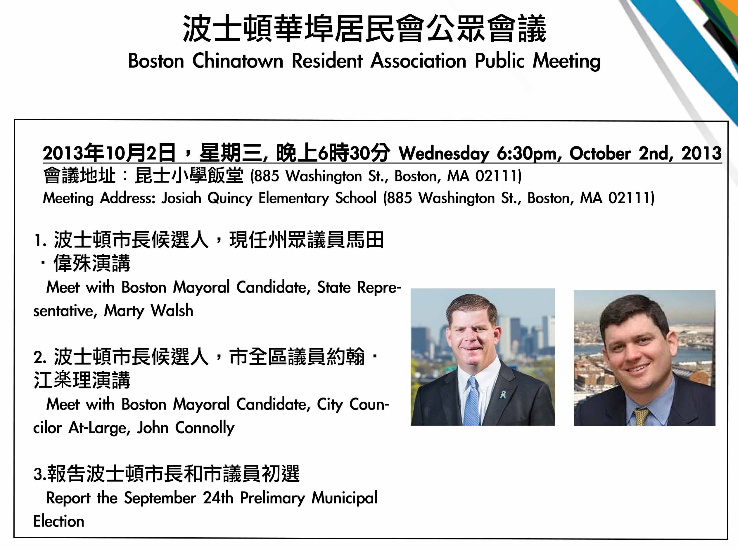 Please check out the two videos below for the speeches by Marty Walsh and John Connolly. After the speeches, Henry Yee, co-president of CRA and a tireless advocate for bilingual ballots, reported the voting results in Boston Chinatown for the September 24 primaries.